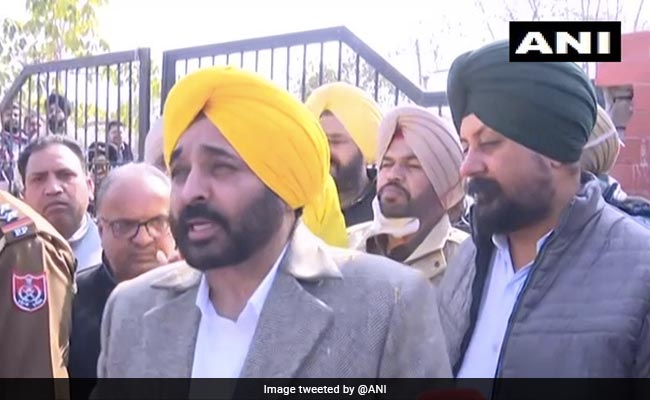 Born in Satoj village of Sangrur in 1973, Mr Mann started his career as a comedian. He began his political career in 2011 with the Punjab Peoples Party, which is led by Manpreet Singh Badal.

In 2012, he fought the elections from the Lehragaga constituency but lost.

Later, he joined the Aam Aadmi Party in 2014 and contested election from the Sangrur Lok Sabha seat. His importance in the Punjab politics increased when he defeated veteran leader of Punjab Sukhdev Singh Dhindsa, who was then a part of Shiromani Akali Dal (SAD).

Mr Mann has been elected to the Punjab Lok Sabha seat of Sangrur for two terms in a row since 2014.

Mr Mann, a celebrity-turned-politician, gained popularity from his satires in TV show 'Jugnu Mast Mast'. He also featured in several other comedy shows.

In the 2017 Punjab Assembly polls, Congress won 77 seats in the 117-member House, whereas Shiromani Akali Dal could win only 18 seats. On the other hand, AAP emerged as the second-largest party with 20 seats.

Assembly elections in Punjab will be held on February 20. The counting of votes will be done on March 10.