The villages have been identified by the Agriculture department as those where paddy stubble is traditionally being burnt. 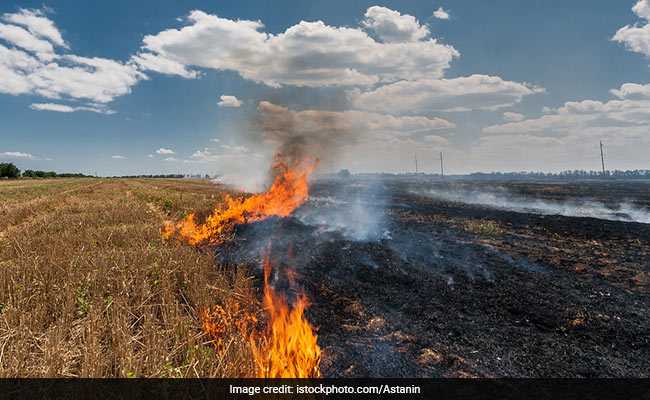 The Punjab government has decided to appoint nodal officers in 8,000 paddy growing villages in a move to check stubble burning.

The villages have been identified by the Agriculture department as those where paddy stubble is traditionally being burnt, according to an official spokesperson.

Punjab Chief Minister Amarinder Singh had earlier directed the department to actively engage its machinery for on-ground activities at the village-level to effectively tackle the menace of stubble burning.

Additional Chief Secretary (Development) Viswajeet Khanna said all the deputy commissioners have already been asked to depute the officials for each of the affected villages to spread awareness on the dangers of stubble burning for health and environment.

The nodal officers would also be tasked with keeping a strict vigil over the post-harvesting operations.

Mr Khanna said the staff of cooperation, revenue, rural development and panchayats, agriculture, horticulture and soil conservation departments, the Punjab State Power Corporation Ltd., besides the guardians of governance, will be actively involved in the efforts to stamp out the unhealthy practice of stubble burning.

The nodal officers will undertake various activities, ranging from holding meetings with the farmers, arranging crop residue management (CRM) machines, distribution of pamphlets/leaflets etc in villages, besides making announcements in Gurdwaras or by other modes.

These nodal officers have also been tasked to interact with village schools for organising rallies and awareness lectures to sensitise students so that they could in turn prevail upon their parents to make them aware about the ill-effects of stubble burning.

All the secretaries of 3,485 cooperative societies across the state would be put on this job. Likewise, the services of the 1,850 panchayat secretaries of rural development and panchayats, 2,000 junior engineers, 6,000 linemen, 200 sub-division officers of PSPCL, 1,500 officers of the departments of agriculture, horticulture and soil conservation, besides 8,000 guardians of governance, would also be engaged for this purpose, the spokesperson said.

State nodal officer for anti-stubble burning campaign K S Pannu stated that apart from these, for every 20 villages, an officer such as block development and panchayat officer, block agriculture officer, circle revenue officer etc would be appointed as coordinating officer to oversee the activities on ground.

The concerned nodal officers would submit their detailed status reports through the coordinating officers to sub divisional magistrates (SDMs) at the end of the season, so that the entire data is collated and stored in the offices of the concerned Chief Agriculture Officer for record and reference purpose.

Notably, the state government has already embarked upon a massive programme for management of paddy straw, without burning, by the farmers.

As many as 24,315 subidised agro-machines/equipments are being supplied to the farmers, cooperative societies and custom hiring centres to achieve zero burning of paddy straw.

Paddy is grown on 30 lakh hectares of land in Punjab. After harvesting paddy, about 20 million tonnes of paddy straw is left in the fields to be managed by farmers before sowing the next Rabi crops.

It is estimated that 15 million tonnes of paddy straw is burnt by farmers for early and easy clearance of the fields.