Punjab Bars Gathering Outside Counting Centres Ahead Of Result Day

Election 2022: Victory Processions and public gatherings have been prohibited in all districts of Punjab, said the state's chief electoral officer. 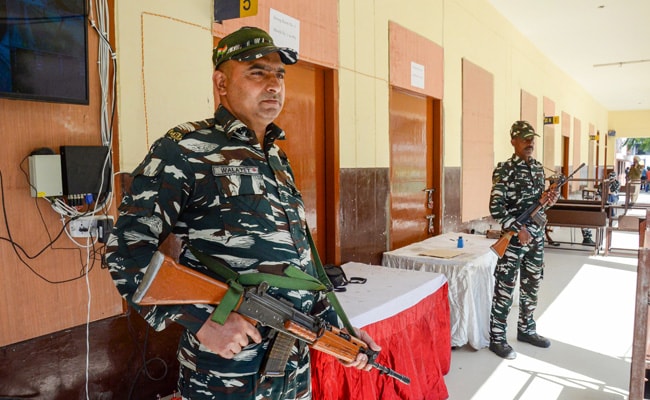 Elections 2022: The Punjab chief electoral officer said the counting will begin at 8 am at 117 centres.

Punjab Chief Electoral Officer S Karuna Raju said in view of counting of votes on Thursday, prohibitory measures under CrPC section 144 have been imposed in all districts and gathering of people outside the counting centres is prohibited.

All necessary arrangements have been made for the counting, and as per instructions of the Election Commission, only two people can accompany the winning candidate or his official representative to the counting centre to collect the certificate, he said, adding that victory processions are prohibited as well.

"In view of the counting of votes, section 144 (prohibiting assembly of four or more people) has been imposed in all the districts by the district election officers-cum-deputy commissioners and gathering of people outside the counting centres is prohibited," he said on Wednesday in an official statement.

Mr Raju said the counting will begin at 8 am at 117 centres set up for the exercise at 66 places in the state.

Personnel from 45 companies of the Central Armed Police Forces (CAPF) have been deployed at the counting centres. Around 7,500 officials will be deputed for the counting process in the state, he added.

The area around the counting centres within a radius of 100 metres has been declared a "pedestrian zone" and no one will be allowed to drive in that zone, Mr Raju said.

To prevent the entry of unauthorised persons in the counting centres, three-tier cordoning points have been set up.

The first cordon has been established at a radius of 100 metres from the counting centres where senior magistrates, along with the required police force, will be stationed to control the crowd.

The second cordoning point will be at the gate of the counting centres, where state armed police force personnel have been deployed, and the third at the entrance of the counting halls which will be manned by the CAPF.

Mr Raju said March 10 has been declared a dry day by the government till the counting of votes is completed.

He asked all officials involved in the counting process, media persons and other people coming to the counting centres to strictly adhere to COVID-19 guidelines.

Mobile phones, tablet devices and laptops or any other such electronic device which can record sound and video are not allowed inside the counting centres, Mr Raju said.

The prohibitory orders would not apply on the observers deputed by the Election Commission.