Ludhiana Court Blast Highlights: The intensity of the explosion damaged the walls of the bathroom where the blast went off and shattered the glass of nearby windows. Police have cordoned off the area and fire engines have reached the spot.

A man was killed and five seriously injured in a blast inside a court complex in Ludhiana in Punjab this afternoon. Chief Minister Charanjit Channi said that the blast was carried out to disrupt law and order in the city ahead of assembly polls.

The blast reportedly took place at 12:22 pm inside a bathroom on the second floor of the court building. Severely damaging the walls of the bathroom, the explosion ripped through a whole section of the complex and shattered the windows in nearby rooms. The district court was not only crowded and but in session when the explosion took place.

Visuals showed injured people carried out of the building as police tried to seal off the complex. Two of the injured individuals are women and three are men.

Here are the Highlights on the Ludhiana Court Blast in Punjab:

Dec 23, 2021 21:52 (IST)
NSG post-blast investigation team reaches Ludhiana to probe explosion in district court complex: Report
A post-blast investigation team of the National Security Guard (NSG) has reached Ludhiana after an explosion at the district court complex in the city claiming one life and injuries to five people.
The Bomb Disposal Squad (BDS) NSG team headed by a squadron commander level officers left New Delhi around 2 pm and reached a few minutes ago, a source told ANI.
The NSG team will find out "trigger mechanism, kind of explosive used in the blast, its intensity" and things linked to it, said the source.
NSG Director General MA Ganapathy also told ANI that a "post bomb blast investigation team left New Delhi in the afternoon".
One person was killed while five are injured after an explosion took place at the Ludhiana district court complex. Two of the injured people are women and three men.
Ludhiana's police chief Gurpreet Singh Bhullar said one body has been recovered. "Probably that person was either carrying explosive or was very near to it."
Condemning the incident, Punjab CM Charanjit Singh Channi said, "It is the need of the hour to condemn such incidents in the harshest possible words by one and all. An investigation is underway. Some people want to create disturbance in Punjab. Govt is on alert mode."
Dec 23, 2021 19:54 (IST)
Home Secretary briefs Amit Shah about Ludhiana Court blast: Report
Home Secretary Ajay Kumar Bhalla on Thursday briefed Home Minister Amit Shah after speaking to officials of Punjab about the Ludhiana court blast, in which one person died and five others were injured, said sources.
The Ministry of Home Affairs has also sought a report from Punjab on the explosion, said sources.
The explosion was heard near the Record Room on the second floor of the Ludhiana Court complex on Thursday.
A team of National Security Guard has been called in connection with Ludhiana District Court Complex explosion on Thursday, informed local police officials.
"Bomb disposal squad is at the site. Police are conducting a search at the Court complex. A team of NSG is also coming here," said Gurpreet Singh Bhullar, Ludhiana Commissioner of Police.
Dec 23, 2021 18:32 (IST)
Ludhiana court explosion: Punjab Deputy Chief Minister visits hospital to meet injured persons
Punjab Deputy Chief Minister Sukhjinder Singh Randhawa on Thursday visited a nearby hospital to people who got injured in an explosion at the Ludhiana district court complex.
Prior to this, Mr Randhawa visited the district court complex and took stock of the situation.
After meeting the patients, Mr Randhawa told ANI, "Patients have minor injuries. One of them said the explosion sound was too loud as if a building fell. Pakistan doesn't want us stable."
Punjab Director-General of Police Siddharth Chattopadhyaya also was present along with Randhawa.
"We cannot comment on anything. Only the experts can tell the kind of explosives used, but the district, state and central forensics are on it. Every crowded place is on alert, the public should also be careful," he told ANI.
Dec 23, 2021 17:29 (IST)
Those Trying To Disturb Peace, Harmony Won't Be Spared, Says Punjab Chief Minister
Punjab Chief Minister Charanjit Singh Channi on Thursday said that he is "saddened" over the news of an explosion in the Ludhiana District Court Complex and those trying to "disturb peace and harmony of state" will not be spared.
Taking to Twitter, the Chief Minister informed that he will visit the blast site today.
"Saddened over the news of blast at Ludhiana court complex. I'm reaching the blast site shortly and I assure the people of the state that the guilty would not be spared. Anybody trying to disturb the peace and harmony of the state will be taken to task," Mr Channi Tweeted.
Earlier, Punjab CM had said that "anti-national" elements are doing such acts as Punjab Assembly polls are nearing.
"I am going to Ludhiana. Some anti-national elements are doing such acts as Assembly elections are nearing. The government is on alert. Those found guilty will not be spared," said Mr Channi.
Dec 23, 2021 16:24 (IST)
Home Ministry Seeks Report From Punjab On Ludhiana District Court Explosion: Report
The Ministry of Home Affairs has sought a report from Punjab on the explosion in Ludhiana District Court Complex on Thursday, said sources.
One person has been killed and two others were injured in the explosion at Ludhiana District Court Complex.
Ludhiana Commissioner of Police Gurpreet Singh Bhullar informed that the explosion was heard near the Record Room on the second floor of the Ludhiana Court complex.
"One person died, two persons were injured in the incident. Bomb disposal team and forensics team has been called from Chandigarh for probe," Mr Bhullar said.
"There is no need to panic," he added. Further details are awaited.
Dec 23, 2021 14:07 (IST)
Delhi Chief Minister tweets condolences on Ludhiana court blast
"First cruelty, now a blast. Some people just want to disturb the peace of Punjab. But 3 crore people of Punjab will not allow their plans to succeed. We are going to hold each other's hands in solidarity.

Very sad to hear the news, my condolences to the families of the deceased and I wish a speedy recovery to all the injured," tweeted Delhi Chief Minister Arvind Kejriwal in Hindi, in response to the Ludhiana bomb blast.
Dec 23, 2021 13:50 (IST)

I am going to Ludhiana. Some anti-national elements are doing such acts as Assembly elections are nearing. The government is on alert. Those found guilty will not be spared: Punjab CM Charanjit Singh Channi on explosion at Ludhiana District Court Complex pic.twitter.com/T6trPdLr6b

#LudhianaBlast| "An explosion was heard near the Record Room on the second floor of the Ludhiana Court complex. A bomb disposal team and forensics team have been called from #Chandigarh for a probe. There is no need to panic": Ludhiana Police Commissioner Gurpreet Bhullar 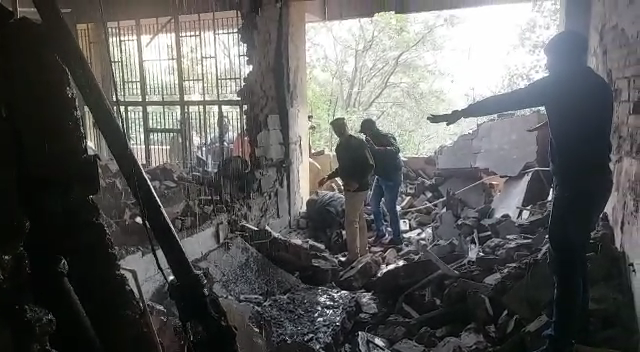 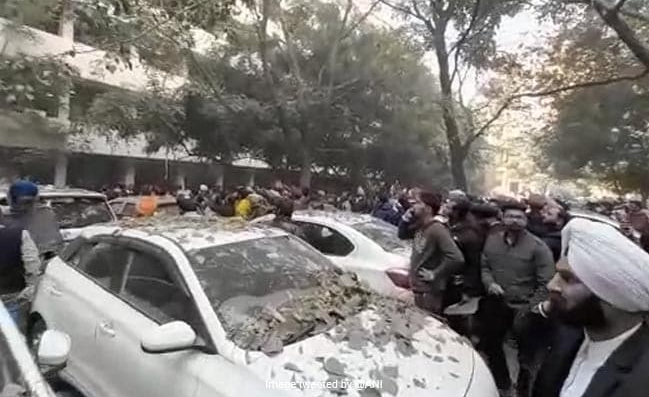 Disturbing news of a blast at Ludhiana court complex. Saddened to know about the demise of 2 individuals, Praying for the recovery of those injured. @PunjabPoliceInd must get to the bottom of this.

#BREAKING | Bomb blast in the bathroom on the second floor of the District and Sessions Court Complex in #Punajb's #Ludhiana.