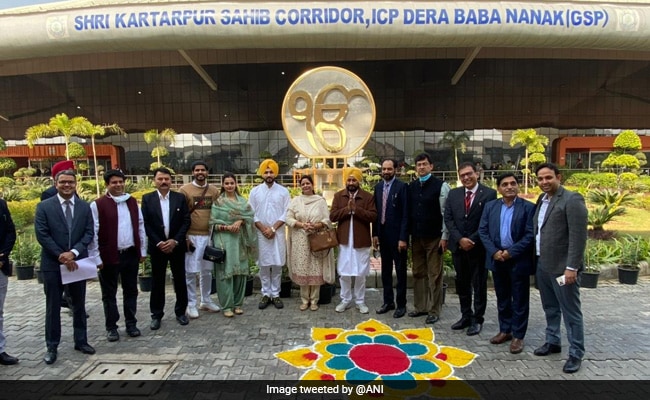 In a major decision, Prime Minister Narendra Modi-led government decided to re-open the Kartarpur corridor from November 17. It was closed in wake of the COVID-19 pandemic.

The visa-free 4.7-kilometre long corridor joins the Indian border to Gurdwara Darbar Sahib in Pakistan. It became operational in 2019.

Some Congress MLAs and officials are also likely to be a part of the 'jatha' (group) led by Mr Channi. Following Mr Sidhu's exclusion from the delegation, Mr Sidhu's media advisor Surendra Dalal on Thursday informed that the Punjab Congress chief will now visit Kartarpur Sahib on November 20.

Speaking to ANI, Mr Sidhu's media advisor Surendra Dalal said, "We had submitted all the papers to the Punjab Government yesterday. He was to visit Kartarpur Sahib along with the cabinet today. Now we do not know why Navjot Singh Sidhu has been told by the Punjab government that he can go on November 20 while the whole cabinet is going today."

Pakistan had issued around 3000 visas to Indian Sikh pilgrims on the eve of the 552nd birth anniversary of Guru Nanak Dev from November 17-26.

The move came keeping in view the significance of the upcoming occasion of Guru Nanak Gurpurab, and the sentiments associated with the religious festival.

Guru Nanak Jayanti, also known as Guru Nanak Gurpurab, celebrates the birth of the first Sikh Guru and is considered one of the most sacred festivals among Sikhs. The day is celebrated on the full moon day of the Kartik month as per the Hindu calendar. It is also marked as Kartik Poornima. This year the day falls on November 19.