Punjab Elections 2022: "Our survey is showing that Channi ji is losing from Chamkaur Sahib. People are shocked to see on TV the ED officers counting bundles of notes," said Arvind Kejriwal in a tweet. 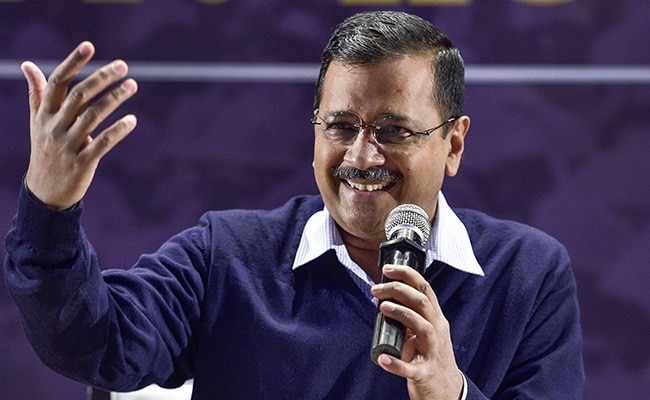 AAP leader Arvind Kejriwal on Friday said Punjab Chief Minister Charanjit Singh Channi will face defeat from his Chamkaur Sahib seat in the next month state assembly polls as he cited some survey to corroborate his claim.

The Delhi Chief Minister further said that "people are shocked" to see the seizure of crores of rupees from Mr Channi's nephew during the recent Enforcement Directorate raids.

"Our survey is showing that Channi ji is losing from Chamkaur Sahib. People are shocked to see on TV the ED officers counting bundles of notes," said Mr Kejriwal in a tweet.

The Aam Aadmi Party has been attacking Mr Channi ever since the ED carried out raids at many places including at the premises of Mr Channi's nephew.

Mr Kejriwal had on Wednesday said Mr Channi is not a common man but a "dishonest man" as he sought to corner the Congress leader over the ED raids.

The AAP convenor through his comment had sought to target the common man image, which Mr Channi has tried to cultivate following his elevation as the Chief Minister last year.

"Channi aam aadmi nahi, baiman aadmi hai (Mr Channi is not a common man, he is a dishonest man)," Mr Kejriwal had tweeted in Hindi attacking the Chief Minister on Wednesday.

AAP leader Raghav Chadha on Thursday had asked Mr Channi to explain the recovery of huge sums of cash seized during the ED raids from the premises linked to his relative.

The ED on Wednesday had said it seized cash amounting to over Rs 10 crore, including about Rs 8 crore from a relative of Mr Channi, during raids conducted in connection with an anti-money laundering investigation against illegal sand-mining operations in the poll-bound state.

In a statement, the Enforcement Directorate (ED) had said "incriminating" documents related to "illegal" sand mining and property transactions, mobile phones, gold worth more than Rs 21 lakh and a Rolex watch worth Rs 12 lakh were also seized during the searches that ended on Wednesday.

Notably, Mr Channi on Wednesday had accused the BJP-led central government of hatching a conspiracy to trap him in the case in which raids were conducted by the ED at many places in Punjab.

The Congress on Thursday had complained to the Election Commission of India (ECI), seeking stern action against the ED officials for carrying out "illegal and malafide" raids to defame Mr Channi and the incumbent state government.