A decision to ban the movie Santa Banta Pvt Ltd was taken on Saturday.

Chandigarh: The Punjab government has decided to ban the movie Santa Banta Pvt Ltd for allegedly portraying the Sikh community in a denigrating and defamatory manner.

A decision to this effect was taken on Saturday after a delegation of the Delhi Sikh Gurdwara Managing Committee (DSGMC) led by its President Manjit Singh GK met Deputy Chief Minister Sukhbir Singh Badal. 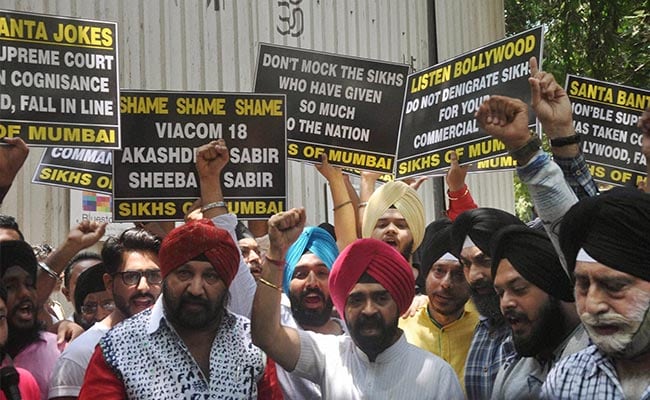 Santa Banta Pvt Ltd was released on April 22 and has been at the center of protests.

The delegation said there was a unanimous feeling in the Sikh community that the movie mocked the community and had hurt their sentiments.

After meeting the delegation, Mr Badal directed the state chief secretary to ban screening of the movie in Punjab. The ban will come into effect immediately, officials said.