The Bill would ensure greater equity and balanced representation for both men and women in the national electoral process and decision making, the Chief Minister said. 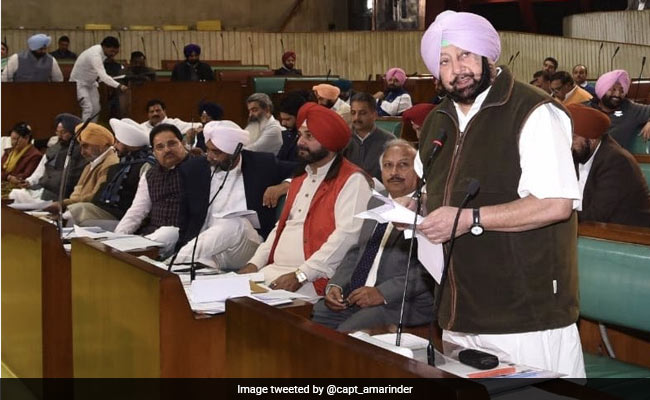 The Punjab Assembly on Friday unanimously passed a resolution urging the Central government to enact the Women's Reservation Bill to provide 33 per cent reservation for women in Parliament and state legislative assemblies.

Punjab Chief Minister Amarinder Singh moved a resolution during the Winter Session of the Assembly.

The Chief Minister pointed to the previous Congress government's decision to reserve 50 per cent seats for women in urban local bodies and Panchayat Raj institutions to urge the Central government to hasten the enactment of this bill.

This would fulfil a legitimate and long-pending demand of women to ensure their empowerment, Mr Singh said.

The Bill would ensure greater equity and balanced representation for both men and women in the national electoral process and decision making, the Chief Minister added.

He said that the Congress government had ensured passage of the earlier Bill in the Rajya Sabha but it had lapsed in the Lok Sabha due to the indifferent attitude of the opposition.

(This story has not been edited by NDTV staff and is auto-generated from a syndicated feed.)
Comments
Punjab AssemblyWomen's ReservationPunjab Chief Minister Amarinder Singh