Tript Rajinder Singh Bajwa said that Guru Nanak Dev fought against caste and gender inequality throughout his life and this discrimination against women should also end. 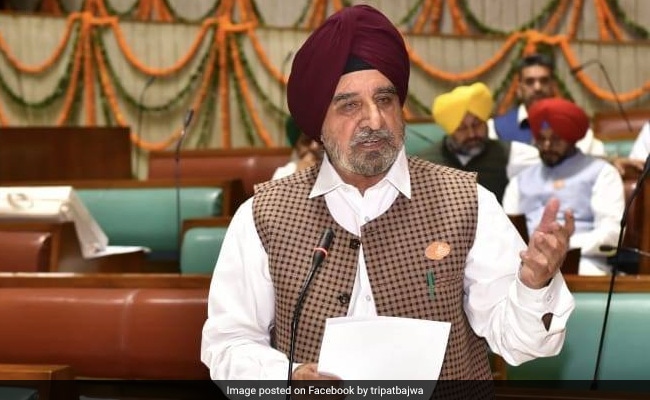 The Punjab Assembly on Friday unanimously passed a resolution urging the Akal Takht and the Shiromani Gurdwara Parbandhak Committee (SGPC) to allow Sikh women to sing hymns in the sanctum sanctorum of the Golden Temple in Amritsar.

The resolution was moved by state minister Tript Rajinder Singh Bajwa who said Sikhism founder Guru Nanak Dev fought against caste and gender inequality throughout his life and this discrimination against women should also end.

Mr Bajwa rejected an Akali leader claim that according to Sikh ''rehat maryada'' (religious code of conduct), Sikh women are not allowed to perform ''Kirtan'' at the ''Darbar Sahib''.

He pointed out that even Akali leader Jagir Kaur had sought permission for Sikh women to perform Kirtan sewa at the holy Sikh shrine.

"There was no mention in the Sikh history of any discrimination against women," said Mr Bajwa, ruing that Sikh women were not allowed to perform Kirtan Sewa till now. Only Sikh men perform ''Kirtan'' at the Golden Temple as of now.

Akali MLA Parminder Singh Dhindsa said the resolution which was moved on the concluding day of the special session of the Punjab Vidhan Sabha depicted that the Akal Takht (supreme temporal seat of Sikhs) or the SGPC (apex gurdwara body) are deliberately refusing women to sing hymns at the Golden Temple.

Reacting to the allegation Mr Bajwa replied that he wasn't challenging the authority of the Akal Takht but just requesting it and the SGPC to allow Sikh women to sing hymns at the Golden Temple.

The Shiromani Akali Dal (SAD), which earlier objected to the wording of the resolution, later came out in support. Lok Insaaf Party legislator Simarjeet Singh Bains thanked Mr Bajwa for bringing this resolution.

As per the resolution, "Guru Nanak Dev had visualised a society in which there would be no place for discrimination or distinction on the basis of caste or creed, social status or gender, a society that is to be based upon the principle of egalitarianism and committed to welfare of all."

"It is for this reason that there is no instance of discrimination in Gurbani or Sikh Gurus history at any level between man and woman. It is, however, unfortunate that the Sikh women are not allowed to perform 'Kirtan' in the sanctum sanctorum of the Darbar Sahib, Amritsar, the most venerated shrine of the Sikhs where there is no space for discrimination," it further said.