Giving a clean chit to the two leaders, the court observed that there cannot be any democracy without the freedom of choice and free speech. 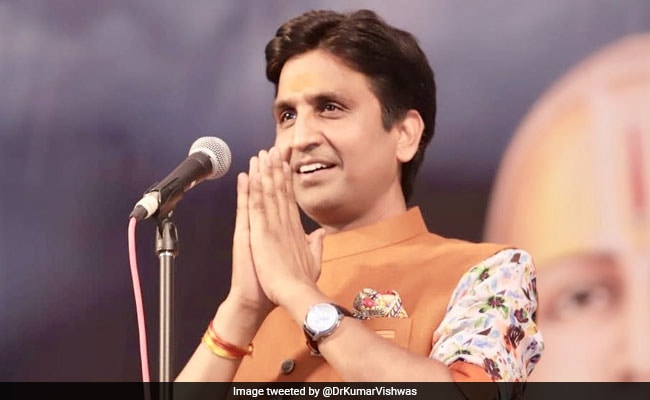 After the verdict, Vishwas thanked the judiciary and admirers. (File)

Giving a clean chit to the two leaders, the court observed that there cannot be any democracy without the freedom of choice and free speech.

Justice Anoop Chitkara said that its non-interference in the Vishwas' case would result in a miscarriage of justice, while the continuation of criminal proceedings against Bagga shall amount to an abuse of the process of law.

The judge invoked Section 482 of the Code of Criminal Procedure, which preserves the inherent powers of the High Court to prevent abuse of the process of any court or to secure the ends of justice, and issued two separate orders to quash the FIRs that were registered in April.

Vishwas, who is a well-known poet too, was booked by the Rupnagar police in Punjab over his "inflammatory statements" against Kejriwal while Bagga was booked on the charges of making provocative statements, promoting enmity and criminal intimidation following a protest outside the Delhi residence of the Aam Aadmi Party convener for his remarks on the film 'Kashmir Files.

Reacting to the order, Bagga said that it was a "big slap" for Arvind Kejriwal.

A case was lodged against him in Rupnagar's Sadar police station on April 12 under various sections, including 153-A (promoting enmity between different groups on grounds of religion, race, place, etc), 505 (whoever makes, publishes or circulates any statement, rumour or report) and 120-B (criminal conspiracy) of the IPC and 125 of the Representation of People Act.

The Punjab police had on April 20 visited Vishwas' home in Ghaziabad and summoned him for questioning.

After moving the high court, Vishwas, through his counsel Randeep Rai and Chetan Mittal, had submitted that the case registered against him by the Rupnagar police was "absolutely illegal, arbitrary and unjust and it is nothing but means to wreak vengeance through politically motivated criminal investigation by using the state machinery for the oblique motive of political gain." The court found that none of the provisions under which the petition stood arraigned are prima facie made out against him.

On the charge of promoting enmity between different groups, the court observed that even if every word of the FIR and the statement in the interview is taken as gospel truth, it will still not constitute any offence under section 153-A of the IPC, as the element of culpability and intention is missing.

The judge also quoted former prime minister Jawaharlal Nehru and Benjamin Franklin, one of the founding fathers of the US, in his order, stating that there cannot be any democracy without freedom of choice and free speech.

"At the stroke of midnight, apart from liberty, we got Azadi of choice and Azadi of free speech and of expression; and we took a great leap forward by endorsing democracy, ushering equality and dignity, ensuring infinite opportunities to preserve and spearhead this fantastic diversity till eternity," observed the judge.

"In a democracy, it is the pre-election times when people's information matters the most. The petitioner being a social educator, while sharing the alleged exchange that took place with his ex-associate, cannot be said to have spewed the venom.

"There is nothing to infer any intention to divide the classes on communal lines," as per the order.

In the case of BJP leader Bagga, the judge noted that Section 153-A of the IPC applies when a person promotes enmity between different groups based on religion, race, place of birth, residence, language, etc., and acts prejudicial to maintaining harmony.

Even if the statement made by the petitioner is taken as gospel truth, it still does not imply that such a statement is prejudicial to maintaining harmony amongst different sections of society," the judge said.

"Merely because the language used by the petitioner is unrefined, it shall not be sufficient to import hatred, detestation, or slander to its contents. There is nothing in the statement to take the speech as an insult or threat, or an attempt to vilify the members of the targeted group or that it stigmatiSed them," the judge further observed.

"The purported statement of the petitioner is a protest against the statement made by the leader of AAP in power in Delhi and Punjab, where the BJP is in opposition.

"Being a political activist and an official spokesperson of a political party, as a shadow of the incumbent, it was well within his rights to make the people aware of the response of an opposite political leader. Democracy is all about informing the people and creating sentiments," the judge said.

The judge also observed that there was no allegation that the petitioner had posted tweets by entering the state of Punjab, or any incident had taken place within its territories due to such tweets.

"Every post of the petitioner will not give territorial jurisdiction to the state of Punjab to investigate in the guise of the present FIR. Had the investigating agency of another State been given that much leverage, it would impact the federal structure under the Indian Constitution, where every state has the right to maintain law and order within its territorial boundaries," the judge observed.

BJP leader Bagga was booked on the charges of making provocative statements, promoting enmity and criminal intimidation. The case was registered on a complaint of AAP leader Sunny Ahluwalia, a resident of Mohali, and referred to Bagga's remarks on March 30, when he was part of a BJP youth wing protest outside the residence of Delhi Chief Minister Arvind Kejriwal. He had allegedly criticised Kejriwal for his statement on the movie 'Kashmir Files.' Counsels Chetan Mittal, Randeep Rai and others, representing Bagga, had argued that he was wrongly booked and the registration of FIR was wholly malafide.

Bagga's case hogged the limelight in the media after a Punjab Police team went to arrest the BJP leader from his residence in Delhi. But it was stopped by the Haryana police at Kurukshetra while being taken to Punjab. He was brought back to the national capital by Delhi Police hours later. These developments had triggered a political slugfest.

After the pronouncement of the verdict, Vishwas thanked the judiciary and admirers.

Those Who Have Eaten Beef Can Be "Brought Back To Hinduism": RSS Leader