Thinker, writer, soldier. Amarinder Singh may have resigned as Punjab Chief Minister, but he will remain in the state's political landscape. 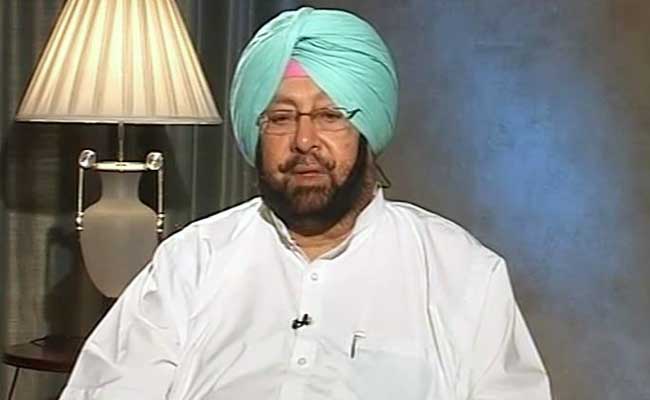 Amarinder Singh is among the are Indian politicians to have paticipated in a war.

It is yet unclear if Captain Amarinder Singh will remain in the Congress after, in his own words, having been "humiliated" into resigning as Punjab Chief Minister. It is even less clear if he would join other parties, be it the BJP, old rival Shiromani Akali Dal (SAD), or newbie Aam Admi Party (AAP).

One would have thought Mr Singh's party-hopping days were over in his early political career. The man, after all, had joined the Congress, moved to SAD and split that party, and then returned to the Congress -- all in the 1980s.

Ironically, the veteran has been forced to quit at a time when he seems to have overshadowed in the Congress by another politician, Navjot Singh Sidhu, who joined the party after spending some years with rivals.

Yet, the 79-year-old has undeniably remained a towering presence in Punjab's political landscape for years even though his party itself has withered away in many other parts of the country in recent times.

Despite the political downturn in the past few months, Mr Singh's image as a staunch patriot has stayed unblemished, evoking admiration even from ideological rivals.

The Punjab Chief Minister, a member of the Patiala royal family, also has his early military career to burnish his credentials on this front, something he has often flaunted proudly.

His recent lavish banquet for Indian Olympians was perceived as a warm, heartfelt gesture. His strong statements on matters of national security, particularly vis a vis Pakistan, have reinforced his once-a-soldier-always-a-soldier persona.

Add to that his authorship of books such as "A Ridge Too Far", "Lest We Forget", and "Honour and Fidelity", and that picture is complete.

Born in 1942, Mr Singh is one of the rare politicians in India to have participated in a war. He was a Captain with the Sikh Regiment of the Indian Army when fighting broke out with Pakistan in 1965.

Fifteen years later, he joined the Congress and entered the Lok Sabha after having won the Patiala seat. This was at a time when the party returned to power after around three years in the opposition following the Emergency.

Mr Singh, however, parted ways with it over the turbulence sparked by the 1984 Operation Blue Star at the Sikhs' holiest site, the Golden Temple. He joined the rival SAD, only to form a splinter group that eventually merged with the Congress.

Before that, though, he even became a minister in the state's SAD government. Parting ways with SAD in the early 1990s did not augur well, as was evident from his splinter group SAD-Panthik's disastrous electoral performance.

That phase ended later that decade as he returned to the Congress party. He became Chief Minister of Punjab in 2002 for the first time and served a full five-year term. A decade later, in 2017, he returned to power.

It is towards the second half of his second term that Punjab, along with neighbouring Haryana and other parts of mostly northern India, saw a groundswell against the Centre's newly legislated farm laws.

Even as perception gained ground that the smouldering farmers' agitation would see him through towards a second straight term as Chief Minister, factionalism intensified in the Punjab Congress.

For months he faced off with Mr Sidhu, who seemed to galvanise at least a section of the party in the state and many of its legislators. Importantly, the former cricketer seemed to have an upper hand with the Congress high command.

Mr Singh had to grudgingly accept Mr Sidhu's elevation as the Punjab Congress chief a few weeks ago, but the trouble didn't end there, evidently.

After submitting his resignation today, he asserted that he would "exercise his options when the time comes". Read together with the "humiliation" that he said he has faced, all eyes will now be on his next move.

In a way, things would have come a full circle for him -- and the Punjab Congress.