Production Of Kamov Helicopters For India To Be Done In 4 Stages: Russian Official 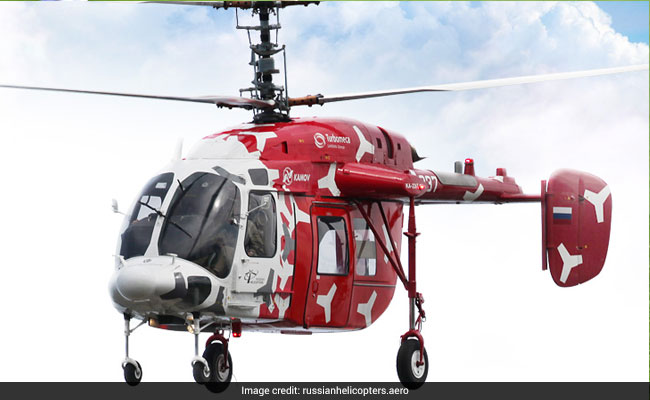 140 helicopters will be manufactured in India under a USD 1 billion deal inked in 2015. (File)

Moscow: The production of 200 Kamov light weight multi-role military helicopters for India will be done in four stages to ensure the transfer of technology for its main components under the Indo-Russian joint venture, a senior official for the programme has said.

"The project will be implemented on the basis of an inter-governmental agreement, under which the Russian side has taken the obligation to transfer technology and achievement of the highest possible level of localisation in the customer's country," Dmitriy Shvets, director of Kamov-226T programme said here.

"By that, we mean that within the localisation there will be four stages for production from of transferring technology to production of helicopters and its main components," Dmitriy Shvets said.

According to officials of Russian Helicopters, the first stage includes the delivery of assembled helicopters from Russia.

The third stage is the production of components from supplied materials and assembly. The fourth stage is full assembly of helicopters from components with materials produced locally or delivered from Russia and involves customer personnel joint training and infrastructure setup of service and maintenance center.

When asked to clarify the share percentage of Russian and locally produced components, Dmitriy Shvets said, "As per the intergovernmental agreement the Russian side has taken the obligation to transfer technology and achievement of highest possible level of localisation. To implement the project we have to comply with certain legal framework of the country.

This condition is included in the signed documents.

"Within the documents the localisation requirement is 40 per cent or higher. But I would like to note that this is the responsibility of the Joint Venture, that is comprised not only by the Russian side, represented by Russian Helicopters holding company, but also a key aviation company of the customer's country".

When asked when the delivery of helicopters to India would begin, a senior official of Kamov Design Bureau said, "We take our responsibility very seriously and will comply with the required timelines.

"The supply of the helicopters under the contract that you have mentioned is overseen by Rosoboronexport, and only they are can answer the question on the timeline for delivery," the official said.

India is procuring Kamov choppers to replace its ageing Cheetah and Chetak helicopters.

The agreement for the Kamov choppers was signed during Prime Minister Narendra Modi's visit to Russia in December, 2015.

Promoted
Listen to the latest songs, only on JioSaavn.com
In October last year, Russian Helicopters, Rosoboronexport and India's HAL Corp had almost completed the formalities for the joint venture to localise the production of Ka-226Ts and deliver them to the Indian market. It was registered in May this year.

According to Russian Helicopter officials, Ka-226T is the pilot project on creation and production of helicopters through digital technology. It has helped in reducing by half the risks and costs to the development of the helicopter as well as to the changes for the future upgrades.

Watch: Not MMA. This Brawl Is Over A School Principal's Post In Bihar