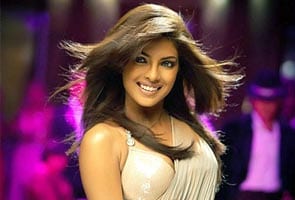 Mumbai: The Income Tax raid at Priyanka Chopra's premises has revealed that the Bollywood actress has unaccounted assets worth Rs 6 crore, a senior official said on Thursday.

"Primarily of what we have scrutinised, we have found that assets worth Rs 6 crore were not accounted for," the official said.

The department had also conducted raids at the premises of Priyanka's secretary Chand Mishra.