Printing Of Rs 500 Notes To Increase Five-Fold To Deal With Cash Crunch: Government

Currently the currency in stock is about Rs 2 lakh crore and the reserves are adequate to meet any unusual spurt in demand, Economic Affairs Secretary Subhash Chandra Garg told reporters. 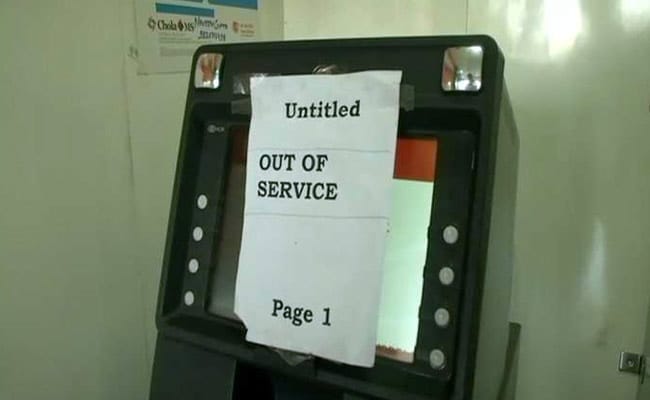 New Delhi: The printing of Rs 500 notes will be increased five-fold by the Reserve Bank of India or RBI to deal with cash shortages in certain parts of the country, fuelled partly by hoarding of high denomination currency, the government has said.

Economic Affairs Secretary Subhash Chandra Garg told reporters the government suspects that Rs 2,000 notes are being hoarded as they are not coming back into the circulation fast enough.

Cash shortage has been reported from Andhara Pradesh, Telengana, Karnataka, northern Bihar and certain other parts of the country, apparently on apprehensions about safety of deposits due to recent spurt in banking frauds.

Observing that there is unusually high demand for currency, Mr Garg said there are multiple factors for this including tendency to hoard cash and it is stronger in some parts of the country.

"There is also a perception that there may be shortage of currency in the future. So people have started withdrawing and it has contributed to the crisis," he said.

"We keep adequate stock of currency notes, which is one-sixth of the currency in circulation," he added.

Currently the currency in stock is about Rs 2 lakh crore and the reserves are adequate to meet any unusual spurt in demand, he said.

The unusual spurt in currency demand since January was also met through reserves, he added.

Mr Garg said that anticipating a spurt in demand the government has given a push to currency printing.

"We have taken steps to increase the supply of currency in case demand goes up... The currency printing (will increase) from Rs 500 crore to Rs 2,500 crore per day of Rs 500 note. So in a month, we will be printing about Rs 70,000-Rs 75,000 crore. This should give you assurance that we are geared up to meet the rising demand," he said.

Earlier in the day, Finance Minister Arun Jaitley tried to assure public that there was adequate cash to deal with any shortage.

Mr Garg further said the government will make all efforts that there is no shortage of cash irrespective of the level of demand.

On ATMs running out of cash, he said some of them may have some problem, but this is a temporary phenomenon.

"On a given day, one per cent of the ATMs are usually out of order. And it could be a local management issue not a countrywide phenomena," he said.

On Rs 2,000 notes, Mr Garg said there are about Rs 6.7 lakh crore worth of Rs 2,000 notes in the system and they are more than adequate to meet the transaction demand.

"Rs 2,000 notes are circulating but of late we have noticed there has been lesser inflow coming back in the circulation. We have not got this investigated, but you can assume this is the one note which most suitable to hoard as this is a high value note. But this does not affect the overall supply of Rs 2,000 notes," he said.

Mr Garg also dismissed rumours that the cash shortage is related to the recent scams in the banking sector, including one allegedly perpetrated by Nirav Modi or the Financial Resolution and Deposit Insurance (FRDI) Bill.

"(The crunch) may be some states started distributing more cash benefits rather than otherwise. Some psychological feeling why not keep some cash in pocket rather than keeping in banks. It has nothing to do with recent scams," Mr Garg said.

He said there are rumours floating around suggesting currency shortage in the country but the fact is otherwise.

Earlier in the day, a finance ministry statement said in the first 13 days of April itself, the currency supply increased by Rs 45,000 crore.

"This unusual spurt in demand is seen more in some parts of the country like Andhra Pradesh, Telangana, Karnataka, MP and Bihar," it noted.

The Secretary assured that there was no reason for anyone to fear or any apprehension that either private sector or public sector banks are in danger.

"Our banking is totally safe and people should not have in any apprehension in keeping deposits," he said.

SBI Chairman Rajnish Kumar told PTI that the bank is trying to pump in currency in areas where shortage was witnessed.

Promoted
Listen to the latest songs, only on JioSaavn.com
"There is no need for concern, wherever there is a deficit, the bank is taking adequate measures," he said adding overall cash in economy is more than demonetisation days.

"As of March, the currency in circulation was Rs 18.29 lakh crore as against Rs 17.89 lakh crore just before demonetisation," he added.