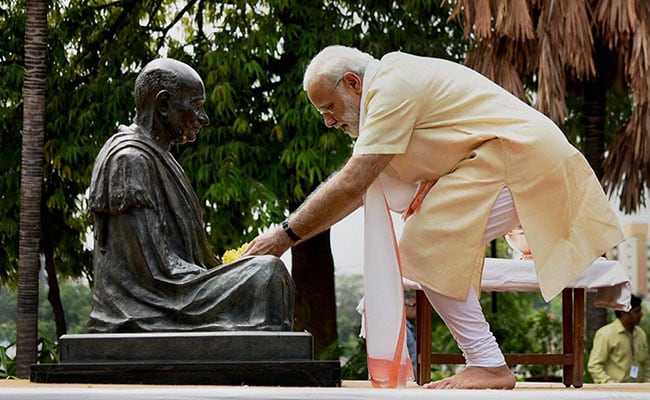 Ahmedabad: Prime Minister Narendra Modi today spoke up again on the violence that is being conducted by cow vigilantes. "Killing people in the name of cow protection is not acceptable, the Prime Minister said as part of a blistering criticism. The Prime Minister's address, delivered on at the Gandhi ashram on the banks of Sabarmati river in Gujarat, comes a day after a citizen's protest against the violence by cow vigilantes was held across the country. It was triggered by the recent killing of Junaid Khan, a 16-year-old who was stabbed to death on a train near Delhi. "Not In My Name" , which started a started as a social media campaign, saw thousands marching across India.

Here are the Top 5 quotes from PM Narendra Modi's address: