AIIMS authorities said that the Prime Minister visited the hospital around 7.18 p.m and was with Atal Bihari Vajpayee for about 15 minutes. 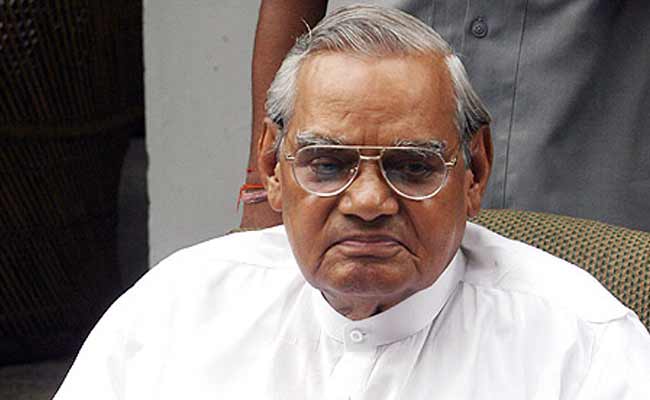 Atal Bihari Vajpayee is a diabetic patient, is undergoing treatment at AIIMS since June 11.

AIIMS authorities said that the Prime Minister visited the hospital around 7.18 p.m and was with Mr Vajpayee for about 15 minutes.

They said that Union Textiles Minister Smriti Irani also visited AIIMS around 6.30 p.m to enquire about the health condition of the 93-year-old Bharatiya Janata Party (BJP) stalwart whose condition is stable.

Mr Vajpayee, a diabetic patient, is undergoing treatment at AIIMS since June 11. He was admitted to the hospital for what doctors had described as a routine check-up.

The 1924 born leader is under the supervision of Dr Randeep Guleria, a pulmonologist and currently the Director of AIIMS. Dr Guleria has served as personal physician to Mr Vajpayee for over three decades.