PM On 2-Day Gujarat Trip From October 30; To Visit Statue Of Unity

In a slight change in the original schedule, PM Modi is expected to visit the grieving family of former Gujarat Chief Minister Keshubhai Patel in Gandhinagar after his arrival at the Ahmedabad airport. 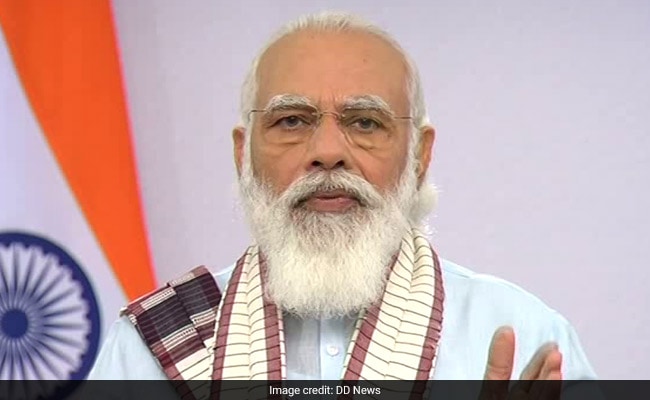 This will be PM Modi's first visit to his home state since coronavirus outbreak in Gujarat in March-end.

Prime Minister Narendra Modi will arrive in Ahmedabad on Friday morning on a two-day Gujarat visit during which he is scheduled to launch a host of projects, including the famed seaplane service between Kevadiya and Ahmedabad, said an official on Thursday.

In a slight change in the original schedule, PM Modi is expected to visit the grieving family of former Gujarat Chief Minister Keshubhai Patel in Gandhinagar after his arrival at the Ahmedabad airport.

The 92-year-old BJP stalwart died on Thursday morning due to prolonged illness.

PM Modi paid rich tributes to Keshubhai Patel through a series of tweets and said the veteran leader had mentored and groomed many younger workers, including him.

"Our family has been informed that PM Modi would come to our residence in Gandhinagar on Friday morning to share our pain," said Keshubhai Patel's son, BJP leader Bharat Patel.

The PM will then leave for Kevadiya in Narmada district.

This will be PM Modi's first visit to his home state since the coronavirus outbreak in Gujarat in March-end.

According to the official, PM Modi would take a helicopter ride from the Ahmedabad airport to reach Kevadiya.

During his trip, PM Modi would also pay tributes to Sardar Vallabhbhai Patel at the ''Statue of Unity'' near Kevadiya on the occasion of birth anniversary of the first Home Minister of independent India on October 31, said the official.

PM Modi would arrive at Kevadiya on the afternoon of October 30, he said.

He would first inaugurate the Sardar Patel Zoological Park, popularly known as Jungle Safari, developed near the 182-metre tall "Statue of Unity" which is dedicated to the "Iron Man" of India.

The zoo houses wild animals and birds brought from all over the world.

Later, the PM would inaugurate a boat service which would operate in the Narmada river between the statue and Shreshth Bharat Bhavan, around 4km away, according to the schedule.

The PM is expected to take a boat ride after inauguration of the service, the official said.

PM Modi would then inaugurate Ekta Mall near the statue where tourists can buy handicraft items brought from all over the country, he said.

Other new attractions at the site which will be inaugurated include Children Nutrition Park and Unity Glow Garden.

Around 30 lakh LED lights have been used to illuminate the garden during the night for tourists.

In the night, PM Modi would inaugurate the illuminated Cactus Garden and Ekta Nursery.

The official said PM Modi will stay overnight at Kevadiya.

On the morning of October 31, PM Modi would first visit the Statue of Unity to pay floral tributes to Sardar Patel on his birth anniversary, he said.

On the occasion, a parade, named Ekta Diwas Parade, by Central Armed Police Forces and the Gujarat police will also be organised in PM Modi's presence, the official said.

After speaking at the parade ground near the statue, PM Modi would interact with civil service probationers, also called Officer Trainees (OTs), through video conferencing, he said.

These trainee IAS officers would join the PM from the Lal Bahadur Shastri National Academy of Administration, Mussoorie (Uttarakhand).

"The Academy is gearing up for Aarmabh 2020 in which a galaxy of thought leaders are sharing their views on India @ 100, culminating in the PM''s interaction with OTs from the Statue of Unity on 31st October, the birthday of Sardar Patel, the Patron Saint of Indian civil services," Academy Director Sanjeev Chopra had tweeted earlier.

Later in the afternoon, the PM would launch the famed seaplane service connecting Kevadiya and Ahmedabad.

A water aerodrome having a floating platform has been built in a lake near the Sardar Sarovar Dam, said the official.

The PM would board a seaplane from the lake and reach the Sabarmati Riverfront. He will then wind up his visit and leave for New Delhi, said the official.