The Prime Minister's visit is considered a sign of India's expression of solidarity with Sri Lanka following the attacks. 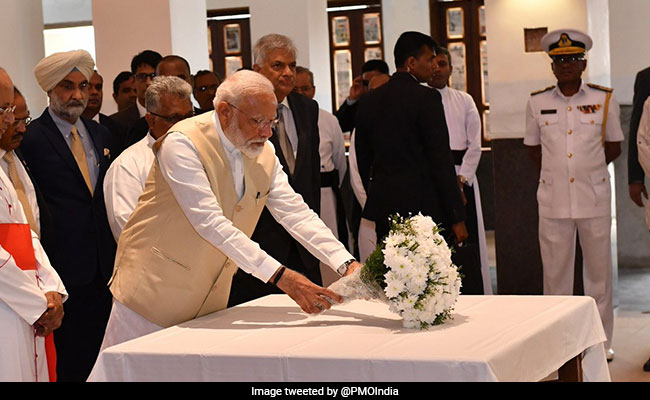 PM Modi was the first foreign leader to visit the terror-hit nation.

New Delhi: Prime Minister Narendra Modi, who landed in Sri Lankan capital Colombo this morning, made an unscheduled stop at one of the churches hit during the Easter Sunday terror attacks. "Cowardly acts of terror cannot defeat the spirit of Sri Lanka. India stands in solidarity with the people of Sri Lanka," he said in his tribute. The Prime Minister was the first foreign leader to visit the terror-hit nation. More than 250 people had died in the attacks on Easter Sunday. A local Jihadi group and ISIS affiliate National Thowheeth Jama'ath, had claimed responsibility for the attacks.