PM Modi also said the stimulus will have a transformative impact on India's health and education sectors. 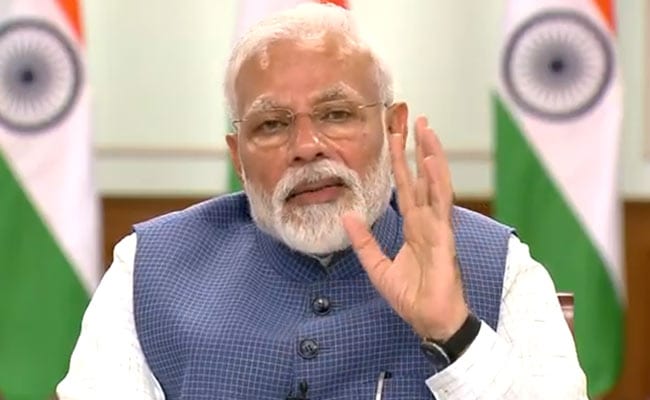 Measures announced by the FM will have a transformative impact, PM Modi said (File)

The fifth and last tranche of economic stimulus announced by the government on Sunday will boost entrepreneurship, help public sector units and revitalise the village economy, Prime Minister Narendra Modi has said.

He also said the stimulus will have a transformative impact on India's health and education sectors.

"Reform trajectories of the states will also get an impetus," he said in a tweet.

The government on Sunday announced suspension of new bankruptcy filings on loan defaults for one year and raised the threshold for insolvency as it moved to ease COVID-19 pain for the industry.

"Measures and reforms announced by the FM today will have a transformative impact on our health and education sectors."

In the fifth and final tranche of the economic stimulus package, Finance Minister Nirmala Sitharaman raised the allocation for the employment guarantee scheme by Rs 40,000 crore over and above the Rs 61,000 crore budgeted for MGNREGS to provide jobs to migrant workers moving back to their states.

This, she said, will help generate nearly 300 crore person-days in total.

For states, she said the Centre has acceded to their request and increased borrowing limit from 3 per cent of Gross State Domestic Product (GSDP) to 5 per cent for 2020-21 only, giving them extra resources of Rs 4.28 lakh crore.

But the increased borrowing limit would be linked to specific reforms such as one-nation-one-ration-card, ease of doing business, power distribution and urban local body revenues.

In his address to the nation on Tuesday, Prime Minister Modi had introduced massive new financial incentives on top of the previously announced packages for a combined stimulus of Rs 20 lakh crore.