Prime Minister Narendra Modi also talked about the opportunity for adventure sports in the country and said, "A Nation that is fit, will always be a nation that is a hit." 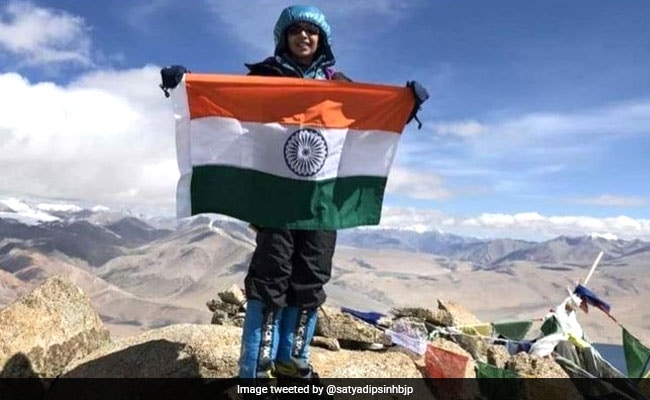 "My dear countrymen, the entrepreneurship of women and daughters of our country, their courage, are a matter of pride for each one of us. We find many such examples around us which illustrate the manner in which our daughters are breaking age-old shackles and attaining new heights. I would particularly like to share with you, the achievement of twelve-year-old daughter Kamya Karthikeyan."

"Kamya, at the age of just twelve years, has conquered Mount Aconcagua. This is the highest peak of the Andes Mountains in South America, which is about 7000 meters high," he said while addressing his monthly radio programme "Mann Ki Baat".

"Every Indian will be touched by the fact that at the beginning of this month, when Kamya conquered the peak, the first thing she did was to hoist our Tricolour there. I have also been told that Kamya, who has made the country proud, is now on a new mission, which is called Mission Saahas. Under this mission she is trying to conquer the highest peaks of all the continents. Also, under this mission she will also be skiing on North and South poles," PM Modi added.

"I wish Kamya all the best for "Mission Saahas". By the way, Kamya's achievement also motivates every one of us to stay fit. Fitness has also contributed in great measure in Kamya's achieving great heights at such a young age," he added.