Union Minister Prakash Javadekar released a stamp on the conservation of migratory birds at Mahatma Mandir in Gandhinagar on the occasion. 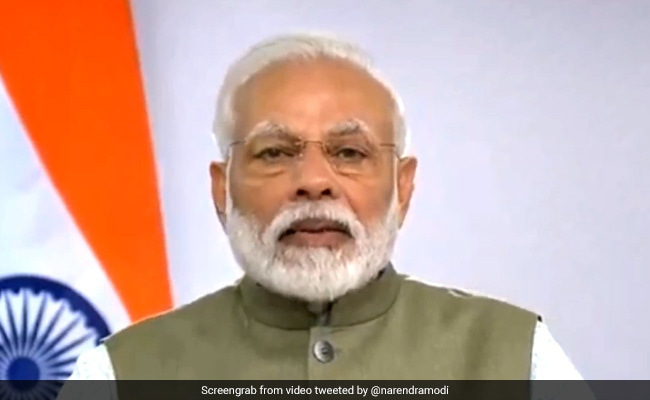 Prime Minister Narendra Modi on Monday inaugurated a convention on migratory fauna and announced the creation of an institutional facility for undertaking research and assessment for the conservation of migratory birds.

"I wish to establish an institutional facility for undertaking research, assessment, capacity development and conservation initiatives by creating a common platform. For the coming three years, India will play a leading role in the conservation of migratory birds through presidency of this convention," PM Modi said via videoconferencing after inaugurating the 13th convention of 'Conservation of Migratory Species of Wild Animals' in Gandhinagar.

"Single use of plastic has been a challenge for environmental protection. We in India have taken it on a mission mode to reduce micro plastic waste. Our government has been marching ahead with the slogan 'Sabka Saath Sabka Vikas Sabka Vishwas'," he said.

"Millions of people living near forest areas in the country will be coopted into the formation of joint forest management committees and eco-development communities for the protection of forests and wildlife," PM Modi added.

Union Minister of Forest, Environment and Climate Change Prakash Javadekar released a stamp on the conservation of migratory birds at Mahatma Mandir in Gandhinagar on the occasion.