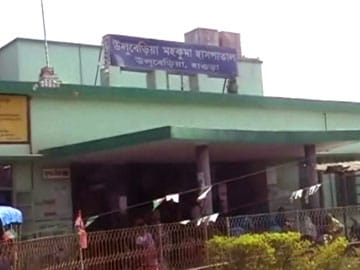 The hospital where the two women were sent for a medical examination after being raped.

Howrah, West Bengal: The prime accused in the gang-rape case of two women of a family at Muktirchowk under Amta Police Station in West Bengal has been arrested today, police said.

Seven others were earlier arrested in the case, who were sent to 7 days of police custody.

The two victims, one in her mid-twenties and her mother-in-law were in their home on Tuesday night when eight persons barged in and raped them before escaping, police said.

The CPI(M) and Congress have alleged that TMC supporters were involved in the gang-rape and the ruling party was trying to shield them.

Promoted
Listen to the latest songs, only on JioSaavn.com
However, TMC has rubbished the allegations.