Father Kuriakose Kattuthara didn't have any pivotal role as a witness in the case but he was one of the nearly 100 people questioned in relation to the case against Bishop Franco Mulakkal.

Father Kuriakose Kattuthara, 60, was found dead in his room in a church in Punjab's Hoshiarpur.

A priest who had given a statement against Bishop Franco Mulakkal, the catholic priest accused of raping a Kerala nun, was found dead at a church in Hoshiarpur district in Punjab this morning. His family has filed a police complaint calling it a "mysterious, sudden death" and alleging he feared for his life and was attacked earlier.
Father Kuriakose Kattuthara, 62, was found dead in his room at St Paul's church. A police officer said no injury was found but there were signs he had vomited. Blood pressure medicine was also found near him.

The police complaint was filed by Father Kuriakose's brother in Alappuzha. "...my brother was repeatedly threatened by persons close to the bishop (who) damaged a car and threw stones at his house in Jalandhar...There was a deliberate attempt on the part of the bishop, his relatives and associates to persuade the witnesses in the case either through undue influence or threatening," said Jose Kurian, demanding that the body be brought to Alappuzha instead of being given to the Punjab police.

Franco Mulakkal, a senior priest accused of repeatedly raping a nun between 2013 and 2016, was released from a prison in Kerala on bail last week. He was welcomed by his supporters with rose petals and garlanded when he arrived in Jalandhar. 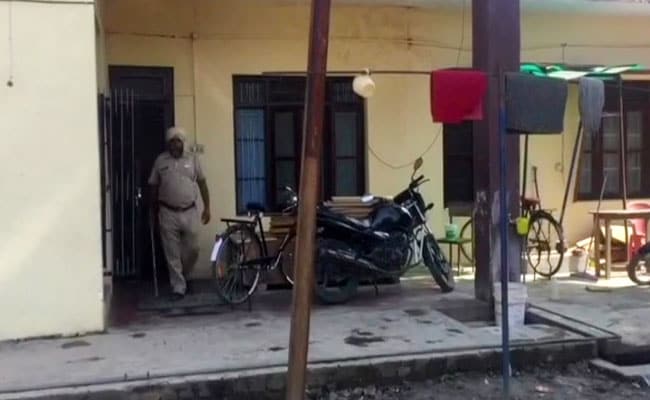 The nun, in a complaint in June, alleged that she was raped by Franco Mulakkal 13 times, during his visits to a convent in Kottayam. The bishop has denied the charges.

Franco Mulakkal gave up his pastoral duties at the Jalandhar diocese of the Missionaries of Jesus, days after the nun wrote to the Vatican. He was arrested last month and spent three weeks in a jail near Kottayam before being let out on conditional bail.

The investigating officer of the case, DYSP Subhash told NDTV: "Father Kuriakose was a witness but did not have any pivotal role in the case. He was one of the priests we questioned and is among the five-six priests who mentioned that they were aware of the allegations against Bishop Franco."

Father Kuriakose's brother said he was diabetic and a blood pressure patient but had no major health problem. "Three days ago I talked with him and he told me he was facing threats and other hooliganism from the associates of the bishop and he even feared for his life," he wrote.

One of the five nuns who came out in solidarity with their colleague in her allegations against the bishop told NDTV, "We are very shaken by this news. We suspect something is wrong. We had found out he was under pressure not to talk in our support. He repeatedly did that".