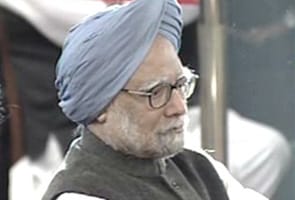 New Delhi: Under attack for surging inflation, Prime Minister Manmohan Singh has exuded confidence that prices would stabilise by March but said certain factors were beyond the control of the government.

Refusing to hazard a guess on inflation numbers, he said, "I am not an astrologer. But I am confident that the price situation would be brought under control... We will be able to bring price stability by March." He was speaking to reporters after the Cabinet reshuffle.

Hitting the common man hard, the overall inflation for December, 2010 went up to 8.43 per cent while the food inflation stood a high level of 16.91 per cent for the week ended January 1.

The Opposition is up in arms against the government and has accused that an economist Prime Minister have failed to check rising prices.

The price situation got worsened after prices of onion, tomato and other vegetables spiralled and these are selling at Rs 50-60 a kg in retail markets.

Frequent upward revision of petrol prices by oil companies have also added to the woes of the people.

Singh said, "There are certain factors which are beyond our control. Despite the problem, I am confident that we will be able to bring price stability by March."

Inflation has brought in a double whammy for the common man who is not only made to pay more for his daily needs but burdened with high interest rates on borrowings as well.

To rein in rising inflation, the Reserve Bank of India (RBI) has been tightening the monetary policy by raising key interest rates. It is expected that the RBI may further raise key rates when its reviews the credit policy on January 25.

Not In Favour Of Withdrawing Italian Marines Case From Top Court: Pinarayi Vijayan