V Narayanasamy accused the opposition BJP and NR Congress - the biggest opposition party - of bringing down his government and also blamed former Lieutenant Governor Kiran Bedi of "colluding with the opposition". 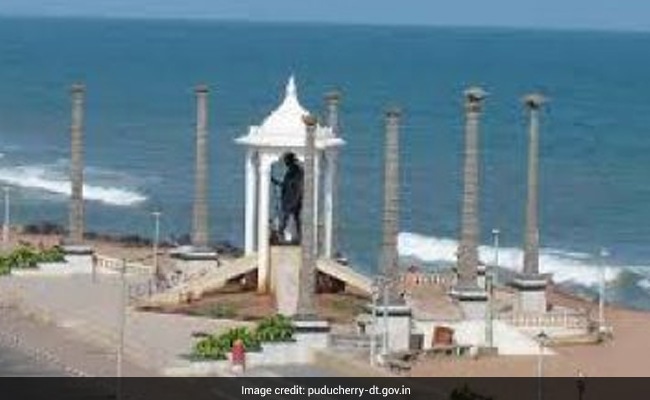 The V Narayanasamy government lost its majority in the 26-member assembly after six resignations.

Puducherry has been placed under President's rule days after the Congress-led government collapsed following multiple resignations. The BJP and its allies did not stake claim to form government in the union territory, where polls are due in three months.

"In Puducherry, the Chief Minister has resigned and nobody has claimed to form the government and therefore, the Lieutenant Governor has recommended suspending the assembly," Union Minister Prakash Javadekar had said earlier this week.

The V Narayanasamy government lost its majority in the 26-member assembly after six resignations. Five Congress and one DMK MLA had quit in quick succession over the past few weeks. Two of the MLAs who quit Congress have switched to the BJP and more are expected to follow.

Mr Narayanasamy resigned soon after making a speech in the assembly to start off the Trust Vote debate. He accused the opposition BJP and NR Congress - the biggest opposition party - of bringing down his government and also blamed former Lieutenant Governor Kiran Bedi of "colluding with the opposition".

This was the Congress's only government in the south but over the past four years, it has been vastly weakened because of infighting.

The BJP, sensing an opportunity for gains in the tiny Union Territory adjoining Tamil Nadu, has been drawing several Congress veterans with a strong support base - leaders who resent what they believe was the para-dropping of Mr Narayanasamy, an "outsider" who became Chief Minister without even contesting the polls.

Prime Minister Narendra Modi visited Puducherry on Thursday to announce a number of central schemes and at a rally, he directly attacked the Congress.

PM Modi said the Union Territory did not deserve a "high command" government that would serve a few Congress leaders. He said the NDA government, if voted to power, would treat people as its high command.