Former Lok Sabha Speaker Meira Kumar has been picked as the Presidential candidate of the opposition. 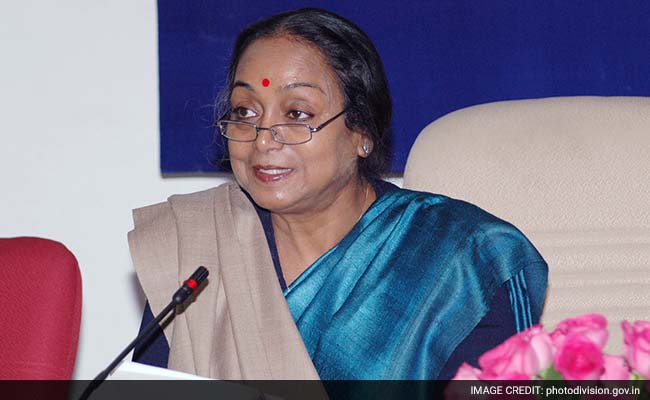 Former Lok Sabha Meira Kumar has been named as the Presidential candidate of the opposition.

New Delhi: The Opposition has pitched Congress's Meira Kumar against former Bihar Governor Ram Nath Kovind, forcing an election to choose the next President of India. The election will be held on July 17. Ms Kumar, from Bihar, is the daughter of Jagjivan Ram, the freedom fighter, Dalit leader and former deputy Prime Minister. The 72-year-old is a veteran politician. She had been a minister of the UPA government and later, was chosen unopposed as the Speaker of the 15th Lok Sabha. This evening, after her nomination, Ms Kumar said, "The collegium should decide the President in best interest of country, on principles and ideologies".

Who Is Meira Kumar: 5 Facts About Opposition's Candidate For Presidential Election 2017