Presidential Election 2017: AAP MLA HS Phoolka Only One In Punjab Not To Cast Vote

HS Phoolka, MLA from Dakha in Punjab, abstained from voting as he had already declared that he would not vote for Congress-led opposition presidential candidate Meira Kumar since he was fighting cases of 1984 anti-Sikh riots. 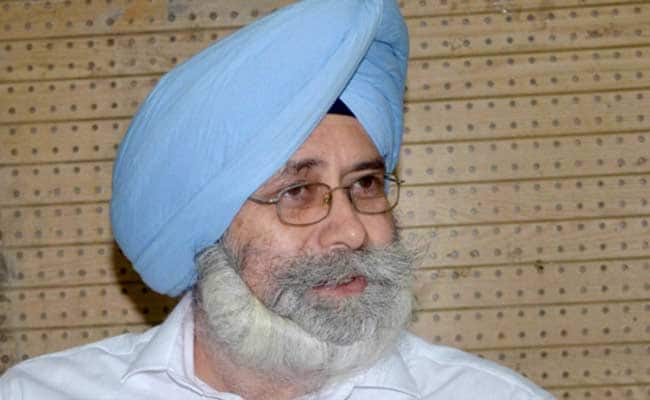 HS Mr Phoolka is AAP MLA from Dakha in Punjab.

Chandigarh: Aam Aadmi Party's HS Phoolka was the only MLA in the 117-member Punjab Assembly not to cast his vote for the presidential election today while in Haryana all the 90 legislators exercised their franchise.

Mr Phoolka, MLA from Dakha in Punjab, abstained from voting as he had already declared that he would not vote for Congress-led opposition presidential candidate Meira Kumar since he was fighting cases of 1984 anti-Sikh riots.

The AAP, which has 20 MLAs in Punjab, has already announced its support to Ms Kumar, a former Speaker of the Lok Sabha, who is contesting against ruling NDA's Ram Nath Kovind for the country's top constitutional post.

Out of the total 117 members in the Punjab Assembly, 116 cast their votes, election officials said.

The Congress, which stormed to power in Punjab in March after a gap of 10 years, has 77 MLAs in the Assembly, while the SAD-BJP coalition has 18 MLAs (15 of Shiromani Akali Dal and three of BJP).

Among the Lok Sabha members from Punjab, the Congress has four and the SAD has three. The BJP had two but recently, its Gurdaspur MP Vinod Khanna passed away.

Promoted
Listen to the latest songs, only on JioSaavn.com
The AAP has four Lok Sabha members from Punjab, of whom two have been suspended by the party.

In the Rajya Sabha, the Congress and the SAD have three members each from Punjab, while the BJP has a lone member from the state in the Upper House of Parliament.