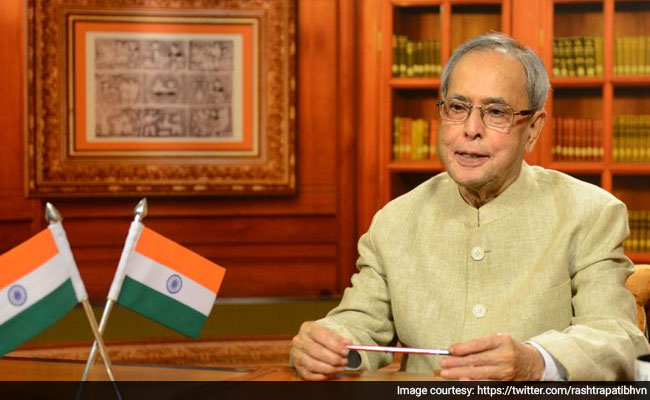 Bengaluru: President Pranab Mukherjee will fly back to Delhi on Tuesday morning, cutting short his visit to Karnataka following the sudden death of former president APJ Abdul Kalam in Shillong on Monday night.

"The president is returning to Delhi on Tuesday morning instead of evening, cancelling his programmes during the day," a protocol official told IANS.

The president is on overnight stay at Raj Bhavan in the city centre.

President Mukherjee was on a two-day visit to this southern state for attending a few events at Mysuru, Bengaluru and Kalaburgi in the state's northern region.

"With the central government declaring a seven-day national mourning as a mark of respect to Kalam, the president is constrained to cancel two events he was to attend on the second day of his state visit," the official said.

President Mukherjee was to fly to Kalaburgi via Bidar to preside over the Central University of Karnataka's second annual convocation.

"Returning here later in the day, the president was to dedicate to the nation the renovated heritage building and magneto encephalography research centre of the National Institute of Mental Health and Neuro Sciences," the official said.

On the first day of his visit, President Mukherjee heralded the year-long centenary celebrations of University of Mysore at Mysuru, about 140km from here, and then flew into the city and inaugurated the centenary year of the Federation of Karnataka Chamber of Commerce & Industry at Vidhana Soudha in the city centre.

"The passing away of Kalam was conveyed to the president after he came to Raj Bhavan from Vidhana Souda for overnight stay," the official added.