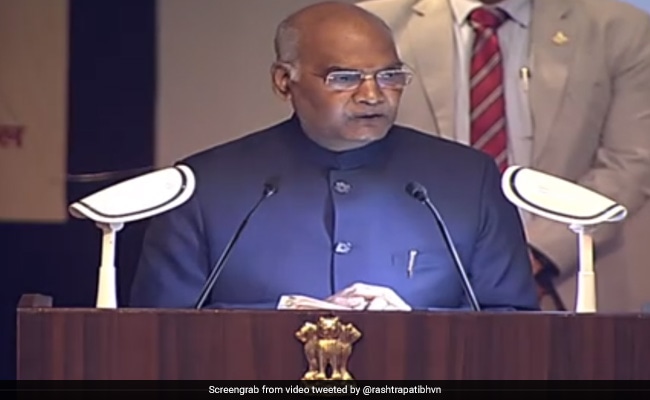 The event was also attended by Uttar Pradesh Governor Anandiben Patel, Chief Minister Yogi Adityanath, Deputy Chief Ministers Keshav Prasad Maurya and Dinesh Sharma. President Kovind, who is in Lucknow on a two-day visit, arrived from Kanpur on Monday and will leave for Delhi on Tuesday evening.

Last week, the Uttar Pradesh cabinet had approved a proposal of the state cultural department for the construction of the Ambedkar Memorial Cultural Centre in Aishbagh. The memorial will come up at 5493.52 sq metre nazul land in front of the Aishbagh Eidgah. It will also have a 25-foot statue of Dr Ambedkar.

The construction of the memorial will cost Rs 45.04 crore. It will also have an auditorium with a capacity of 750 people, a library, research centre, picture gallery, museum and a multi-purpose convention centre. Facilities like a cafeteria and a dormitory will also be there. The cultural department is likely to start the construction soon.