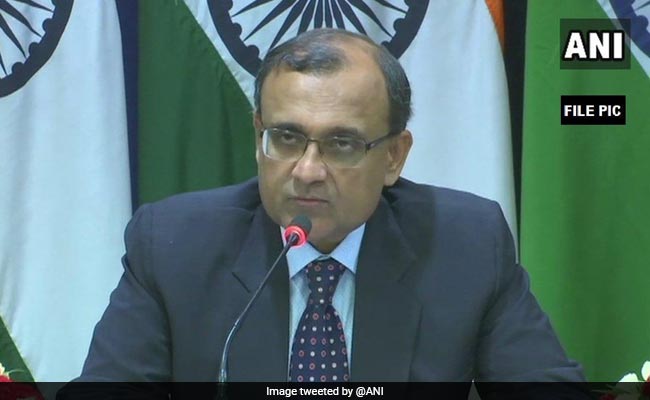 India welcomes agreements over normalisation of relations between Israel and countries: TS Tirumurti

India on Monday said that the presence of foreign terrorists, who become enablers of attacks carried out by terror groups such as al-Qaeda and the ISIS, in countries facing conflicts poses serious challenges and undermines global efforts to counter terrorism.

Speaking at the UN Security Council briefing on ''Cooperation between the United Nations and regional and sub-regional organisations: League of Arab States'', India's Permanent Representative to the UN Ambassador TS Tirumurti also said that such foreign fighters are radicalising the youth.

"The presence of foreign terrorist fighters in countries facing conflicts is posing serious challenges to ongoing international efforts. These fighters have become enablers of attacks carried out by terror groups such as Al Qaeda and ISIS. They are also radicalising the youth," Mr Tirumurti said.

Mr Tirumurti said it is well-known that the foreign terrorist fighters in Libya are radicalising the entire region. "This development is undermining our collective efforts to counter terrorism," he said.

He underlined that the League of Arab States has an important role to play in the areas of mediation, conflict prevention and resolution in the region, and stressed that the ongoing conflicts in the region go back a decade and have now become protracted in nature, whether in Syria, Libya or Yemen.

Mr Tirumurti said that attempts to delegitimise governments and to impose external solutions have moved parties away from negotiations and made them skeptical of the political process.

"Such an approach emboldens regional players to support respective sides, both politically and militarily. The proxies, propped by their mentors, also aspire for a political role without much support on the ground. This further complicates the pursuit of any meaningful solution," he said.

Noting that the purpose of regional and international involvement should be to help countries and their concerned parties in the peaceful resolution of all issues, the Indian envoy told the Council that there is need to seriously introspect "whether each of our actions is ensuring this reconciliation or whether they are doing a disservice by pulling parties apart."

He added that this for India is an important touchstone, since the country has always believed in an intra-country-led process and not externally imposed solutions.

Any comprehensive and peaceful resolution to such conflicts must be inclusive, driven by the aspirations of the people and arrived at through broader consultations and dialogue, Tirumurti said, adding that efforts undertaken without due regard for impartiality, fairness and equity will not achieve the goal of a lasting and durable peaceful solution.

"Recent months have witnessed positive developments, including the signing of the Abraham Accords," he said, adding that India has always supported the Palestinian issue and peace and stability in West Asia.

India welcomes these agreements regarding normalisation of relations between Israel and other countries, which, New Delhi believes will contribute to peace and stability in West Asia.

Mr Tirumurti reiterated India's traditional support for the Palestinian cause, saying a two-state solution and lasting peace can be achieved only through direct negotiations between the two parties on all final status issues, taking into account the legitimate aspirations of Palestinians for Statehood and Israel''s security concerns.

"We urge the Israeli and Palestinian leaders to re-engage in meaningful negotiations and to eschew violence that may make negotiations more difficult to resume," he said.

With conflicts in the region bringing untold misery to millions of people, Mr Tirumurti said India calls on those involved in the conflict, both from the region and outside, to focus primarily on centrality of the human being and do all they can to alleviate their suffering "since they are helpless when warring factions settle their own scores and destroy someone else's lives."

Emphasizing that peace and stability in West Asia and North Africa is of vital interest for India, Mr Tirumurti said Arab countries are host to around nine million Indians, the largest expat community in the Arab world, and their contributions to the economies of host countries and nation-building efforts are greatly appreciated by both the people and governments of these countries. Indians from the Arab world remit around USD 48 billion to India annually.

Underlining the relevance and significance of co-operation between the UN and the League of Arab States, Mr Tirumurti said there must be greater policy synergy between the two organisations.

Mr Tirumurti voiced India's commitment to continue to partner with the Arab countries in their efforts to achieve peace, stability and prosperity and will work together with the League of Arab States in their pursuit of regional peace and security, in combating terrorism and other challenges and in promoting tolerance and pluralistic traditions.

Coinciding with the celebration of the 75th anniversary of both the organisations, the UNSC meeting is aimed to further promote cooperation between the Security Council and the League of Arab States on matters relating to the maintenance of peace and security in order to improve collective security, especially at the regional level.