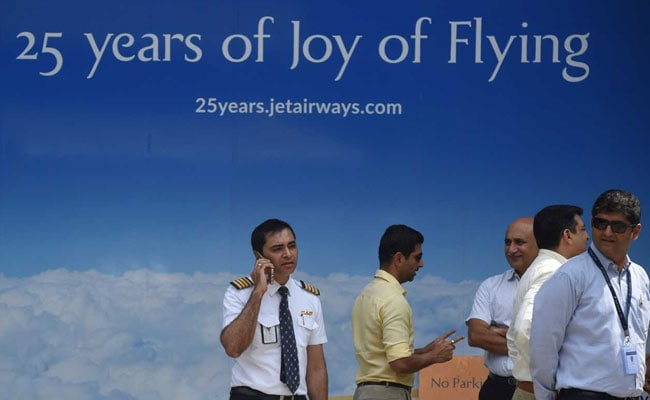 Jet Airways could not be contacted immediately for comments on the issue.

Prepaid forex cards held by staff members of the grounded Jet Airways were "frozen" on Wednesday.

The cards were given to the Jet staff operating international flights for taking care of the expenses incurred overseas.

"Over 1,300 staffers, including 1,000 cabin crew and 300 pilots, have been affected. The money in the cards was saved over multiple trips and they have lost money in this difficult situation," one of the staffers said, requesting not be identified.

Some of the employees had savings of up to USD 2,000 in the forex cards, the staffer claimed to illustrate the extent of the problem at hand.

Private sector Axis Bank, whose cards were used by the staff, said they have "no role to play" in the happenings.

Jet Airways could not be contacted immediately for comments on the issue.

A senior official at Weizmann Forex, which is a card distributor for Axis Bank and counts on Jet Airways as a client, confirmed some cards have indeed been "frozen".

"Jet owes us Rs 1.62 crore and has not paid us for one month. In the absence of the payment, we had tosecuritise against our receivables," the official said.

The money frozen is only to the extent of the outstanding from the private carrier and has been put into an escrow account, he said.

Jet Airways was a client of Weizmann for the last 10 years and had been irregular in its payments for the last four -five months since the financial difficulties started for the airline, the official said.

"These transactions on the forex cards are carried out by Jet Airways'' forex provider as per the arrangement between the two entities. The bank has no role to play in these transactions," an Axis Bank spokesperson said.