Terrorism At Minimum After Article 370 Move In Kashmir: Prakash Javadekar

Prakash Javadekar said the Narendra Modi government completes six months of its second term on Saturday, with the country moving fast on the path of progress. 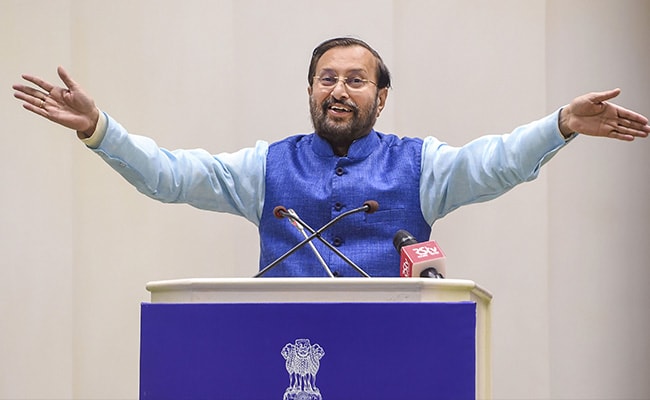 Prakash Javadekar said terrorism is at a minimum level since the last four months.

Terrorism in Kashmir has been at a minimum level after the scrapping of special status for Jammu and Kashmir under Article 370, Union minister Prakash Javadekar said on Saturday, describing the first six months of the Narendra Modi government's second term as dedicated to development and security of the country.

Mr Javadekar said India has had a little impact of the global economic slowdown and efforts to recover from it too have been hastened by the government.

The information and broadcasting minister said the Narendra Modi government completes six months of its second term on Saturday, with the country moving fast on the path of progress.

Citing various landmark decisions and work done in the first six months of Prime Minister Narendra Modi's second stint, Mr Javadekar said move on Articles 370 and 35A has paved the path of peace in Kashmir.

"In the four months since repeal of Article 370 and 35A, terrorism is at a minimum level. Earlier, terrorism was dominant but now it has taken a backseat. This is a tremendous change and the public life is now systematic," Mr Javadekar said at a press briefing.

New avenues have also been opened for development of Jammu and Kashmir, he asserted.

"Decisions are being made in the country''s interest. Efforts have been made to strengthen security of the country in these six months, by bringing in the Rafale fighter jet and making decisions on procurement of equipment," he said.

Mr Javadekar said PM Modi's government has taken major decisions like merger of banks, scheme for waiver of loans to the industries and disinvestments in public sector and India has emerged as a country with the lowest corporate tax rate, igniting hope among global investors.

"A little impact of the economic slowdown in the world has also been in our country. But Modi government has been taking significant decisions and efforts to come out of it has been hastened," he said.

The government has also extended justice to Muslim women through legislation against Triple Talaq, he said. The recent Ayodhya verdict was received very peacefully by all communities, he said. Prime Minister Modi's foreign visits have strengthened India''s image in the world, Mr Javadekar said.

The government has also been engaged in behavioural change by discouraging single-use plastic and encouraging plogging as a mass movement, and will continue to take decisions sensitively and lead the country on the path of growth and development, he added.