"The way freedom of press is being attacked these days is not good," Prakash Javadekar said on National Press Day. 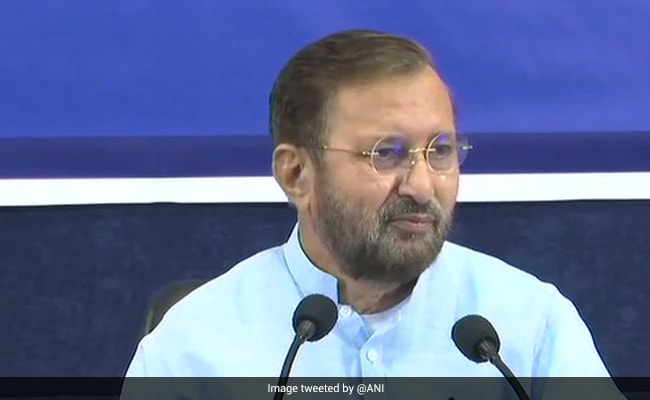 A free press is the cornerstone of democracy, Union Minister for Information and Broadcasting Prakash Javadekar said on Monday.

Speaking at a webinar organised by the Press Council of India (PCI) on the "Role of media during the COVID-19 pandemic and its impact on media" on National Press Day, the minister said freedom comes with responsibility and asked news organisations to avoid sensationalism.

"The news should not be to deliberately defame anyone. The way freedom of press is being attacked these days is not good," he said.

Talking about the alleged Television Rating Points (TRP) manipulation by some news channels, the minister said a committee formed by the ministry will soon submit its report on the issue.

"To check the TRP manipulation and address the issue, we have formed a committee which will give its report very soon," he said.

Mr Javadekar also touched upon the issue of absence of a regulatory body for TV channels and said a decision may be taken on bringing a code of conduct for them.

"The Press Council of India is a self-regulatory body which has representations from various media houses as well as parliament. There have been discussions on giving more power to the PCI," he said.

"But for TV channels there is no self-regulatory body like PCI. We are getting suggestions to make a code of conduct for all TV channels but we are yet to take a decision on it," the minister said, adding that the government doesn't want to interfere but "the press should present responsible journalism."

Mr Javadekar further said just like TV, there is no regulatory body for over-the-top (OTT) platforms and the government is receiving suggestions on how to regulate its content.

OTT platforms such as Netflix, Hotstar, and others were recently brought under the ambit of the information and broadcasting ministry.

"Neither there is any PCI nor any other body for OTT platforms which have very good content as well as very bad content. So, something needs to be done about it," he said.

"Discussions are going on and we are getting suggestions from a lot of people on what should be done to regulate the content on OTT platforms," he said.