Rajya Sabha took up air pollution calling attention notice when it reconvened at 2 pm after an adjournment. 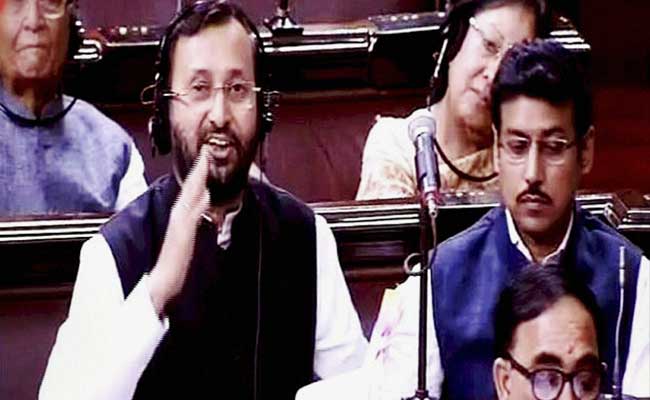 A comprehensive air plan for Delhi NCR has been developed, Mr Javadekar said.

Union Environment Minister Prakash Javadekar on Thursday said that a comprehensive air plan for Delhi NCR has been developed identifying the timelines for abating and controlling air pollution.

"In order to abate and control air pollution in Delhi NCR, we have undertaken several initiatives. A high-level task force was constituted under the chairmanship of the Principal Secretary to the Prime Minister. Regular review meetings have been held," said Mr Javadekar while speaking in the Rajya Sabha.

"A comprehensive air plan for Delhi-NCR has been developed identifying the timelines and implementing agencies for actions delineated. Centre has notified a graded response action plan for Delhi-NCR for different levels of pollution," he added.

Rajya Sabha took up air pollution calling attention notice when it reconvened at 2 pm after an adjournment.

Earlier in the day, the Upper House was adjourned till noon as opposition parties including Congress protested after they were not allowed discussion on the issue of electoral bonds.

Delhi-NCR is reeling under severe air pollution caused due to host of factors ranging from vehicular emission, industrial discharge to stubble burning.