PM Modi was interacting with the PMAY beneficiaries from Maharashtra through video-conferencing from the temple town of Shirdi in Ahmednagar district. 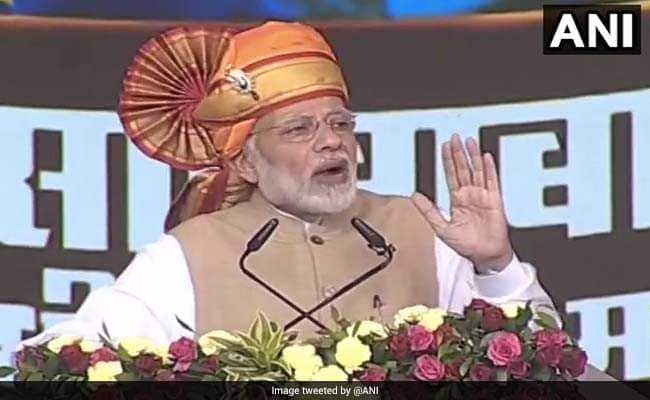 Prime Minister Narendra Modi said today that the Pradhan Mantri Aawas Yojana or PMAY was his government's endeavour to eradicate poverty and urged the beneficiaries of the scheme to empower their next generations through education.

He was interacting with the PMAY beneficiaries from Maharashtra through video-conferencing from the temple town of Shirdi in Ahmednagar district.

PM Modi said those who have got pucca houses under the scheme should also avail the benefits of the Ayushman Bharat healthcare scheme.

"You will get my letter. If you submit it to the hospital, you will get a gold card, through which you can avail assistance for hospitalisation of family members. For serious illnesses, Rs 5 lakh per year to each family will be given," he said.

Interacting with the beneficiaries mostly in Marathi, PM Modi asked if they had to bribe anyone to get the funds for the houses. When the beneficiaries replied in the negative, he said under the NDA rule, the middlemen have become helpless.

While interacting with people from tribal-dominated Nandurbar district, Prime Minister Modi recalled how he used to visit the place frequently in the past and have "Chaudhary ki chai".

He said just like he speaks Marathi, people from Nandurbar can also speak Gujarati. "After all, you are our bigger neighbour," he said.

He asked a beneficiary, Ahilya Padvi, if she would be able to welcome more visitors in her new house now.

When PM Modi asked the women beneficiaries in Thane how many of them were educated, only one raised her hand.

To this, he said, "You all should ensure that your next generation gets education. The housing scheme is a fight against poverty and along with new houses you can avail health benefits under the Ayushman Bharat scheme."

To the beneficiaries in Solapur, he asked if the men were angry as the ownership of the house was given to women. To this, the women said it was a good decision.

Interacting with the beneficiaries in Satara, the prime minister said he had a special connect with the place since his teacher Laxman Namdar was from there.

He also asked people in Latur if they knew about the government's Ayushman Bharat Yojana and the cleanliness drive. He told them to promote the schemes in their villages.

PM Modi also launched development projects worth Rs 475 crore initiated by the temple trust and participated in the centenary celebrations of Mahasamadhi of Saibaba.

Speaking on the occasion, Chief Minister Devendra Fadnavis said 2.5 lakh beneficiaries got ownership of houses under the PMAY on Friday.

He said the state wanted six lakh more houses and if allotted, they would construct them by October next year.

"Construction of four and a half lakh houses is on and will be completed by December this year," he said.