Puri District Collector Balwant Singh said electricity supply across the entire town is expected to be restored, in a phased manner, within five more days. 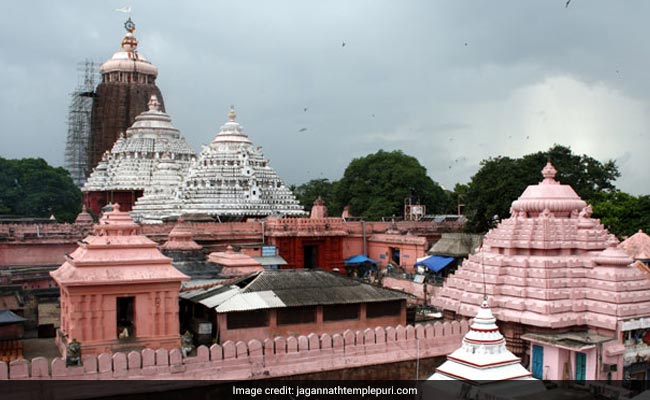 There had been no electricity in the temple since the time cyclone Fani made landfall in Puri.

There had been no electricity in the temple since the time severe cyclonic storm Fani made landfall in Puri, they said.

Power along the Grand Road -- from the Jagannath Temple to the Gundicha Temple -- was also restored.

"Extremely happy to share that electricity supply has been restored to Srimandir & Bada Danda now. Thank thousands of workers from so many states who are working day and night to ensure electricity supply to #Puri(sic)," Odisha Chief Minister Naveen Patnaik tweeted.

Puri District Collector Balwant Singh said electricity supply across the entire town is expected to be restored, in a phased manner, within five more days.

Meanwhile, Mr Patnaik on Wednesday also declared that the state government will provide 2.5 litre of kerosene to all families affected in Puri district till restoration of power.

"Kerosene oil at the rate of 2.5 litre per family will be made available free of cost every 10 days in the affected areas till restoration of power is completed," Mr Patnaik announced after reviewing the restoration work in the district.

Stating that he is "saddened" by the damage caused to Puri, Mr Patnaik said, "I assure the people that we will make Puri a world class heritage city."

Noting that Puri district gets electricity sourced through three lines, all of which were badly damaged, Mr Patnaik said with thousands of workers working day and night on a war footing basis, one line is getting restored in Puri on Wednesday.

"With this one line restoration, power supply will be restored in Puri town, Nimapara town and Konark notified council area, from tonight, in a phased manner," he told reporters.

The chief minister also condoled the death of Mangaraj Rao, who died while working for restoration of power in Puri district.

He said 10 lakh candles will be available in next few days for free distribution among the affected families.

"For the next two months, sanitary napkins will be supplied free of cost to all," he said.

Apart from all this, Mr Patnaik announced that rice at the rate of 50 kg per family will be made available for all non-ration card holders also.

Puri has been worst hit as the cyclone made landfall near the holy town on May 3 at a speed of above 200 kmph and killed at least 39 people besides damaging above 1,89,095 houses.

The entire power infrastructure in Puri district has been devastated in the cyclone which damaged 75 towers of 220 KV and 25 towers of 132 KV, official sources said, adding that the Power Grid Corporation of India Limited (PGCIL) has been entrusted to rebuild the 220 KV towers in the district.

The state government has requested the NTPC to take up work at four blocks in Puri district.