Foreign Secretary Harsh Vardhan Shringla said the India-Australia partnership is of enormous significance in the building of rules-based global order with the stable and prosperous Indo-Pacific at its fulcrum. 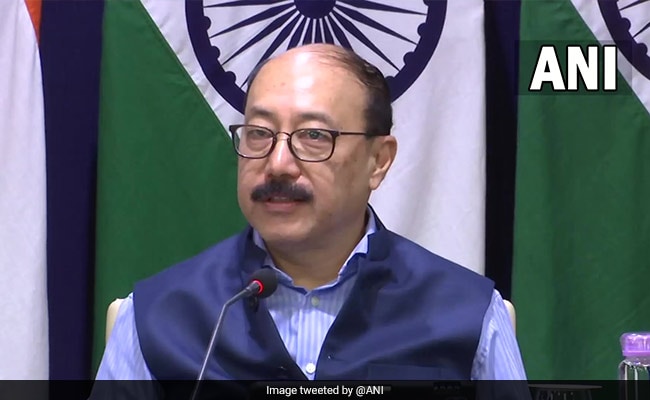 Underlining that multilateralism is under stress and new arrangements such as Quad are filling the gaps, Foreign Secretary Harsh Vardhan Shringla said that wealth and power are shifting eastwards towards India, Australia and the Indo-Pacific region.

"As the waters of the Indo-Pacific seek a new equilibrium, India and Australia are drawn by national affinity in political systems, economic endeavour and above all, values," said Mr Shringla virtually while delivering his remarks at the Second Atal Bihari Vajpayee Memorial Lecture on Friday.

Emphasising that India and Australia are two major economies and democracies of this region, Mr Shringla said that the partnership is of enormous significance in the building of rules-based global order with the stable and prosperous Indo-Pacific at its fulcrum.

"Referring to Atal Bihari Vajpayee's contribution to foreign policy," he said foreign offices are often bastions of Orthodoxy but on the contrary, as External Affairs Minister and Prime Minister, Vajpayee brought here a boldness and sense of policy innovation. "In all this, he was ever alive to the big picture."

Focusing on the theme of the lecture "Australia, India and the Indo-Pacific: The need for strategic imagination", Mr Shringla said: "While the determinants of power and our foreign policies remain constant, the strategies and approaches to optimise them are changing rapidly."

He also emphasised that supply chains are being reordered, trade arrangements are factoring in, not merely cost between economies, but trust between foreign polities.

Mr Shringla also said that the notion of national security has broadened beyond recognition.

"Strategic autonomy today is not just a political or military construct, it applies equally to dependencies in technology, supply chains and critical commodities including pharmaceuticals and medical equipment," he noted.