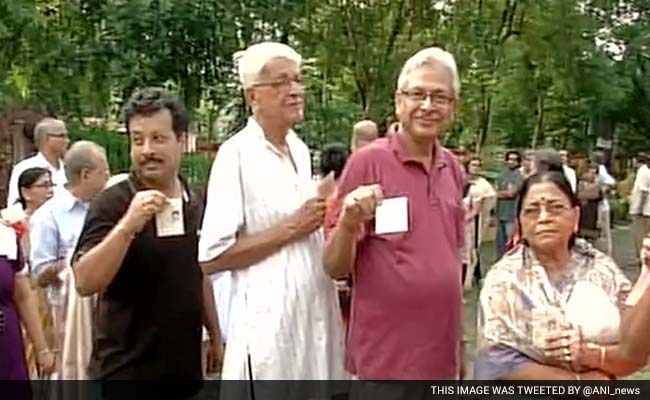 Voters queue outside a polling station.

"We have received reports of booth capturing and violence mainly from Bidhannagar and Asansol. We are taking stock of the situation and have taken necessary measures," State Election Commissioner SR Upadhaya said.

Senior officials of SEC and state police said there were reports of outsiders trying to jam booths in various wards of Bidhannagar and Asansol municipal corporations.

"There were reports of bombs being hurled in Jamuria and Bidhanagar. Huge police contingents have been sent to control the situation," an official said.

The polls are a precursor to next year's assembly elections in Bengal with ruling Trinamool Congress and its arch rival Left Front once again pitted against each other.

The TMC's electoral invincibility will be challenged by an apparently resurgent Left Front.

The results will be announced on October 16.