Political Row In Chhattisgarh Over Transfer Of Sukma Superintendent Of Police

Chief Minister Bhupesh Baghel has admitted that the SP was then transferred for directly writing a letter to a minister. 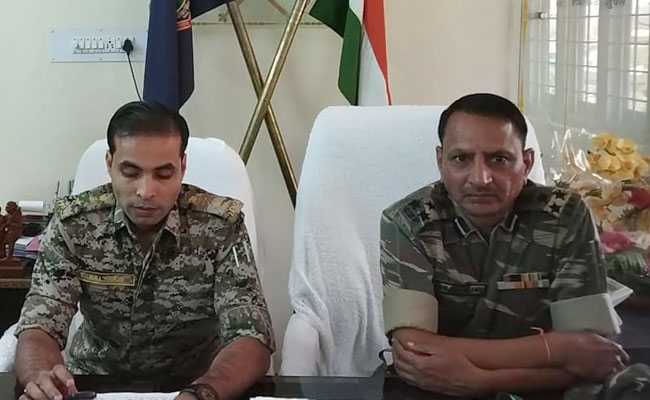 Sukma Superintendent of Police called his transfer "unwarranted and unexpected"

The transfer of Sukma Superintendent of Police, who had refused to transfer an inspector as demanded by a state minister, has resulted in massive political row in Chhattisgarh.

SP Jitendra Shukla had refused to transfer an inspector as demanded by state excise minister Kawasi Lakhma. After he was transferred, the 2013 batch IPS officer wrote an emotional post on Facebook calling it "unexpected and unwarranted".

Chhattisgarh excise minister Kawasi Lakhma had written to Mr Shukla on February 15 asking him to transfer Surendra Pambhoi from acting Thana in-charge of Phulbagdi, to thana prabhari of Tongpal. A week later, Mr Shukla, in his reply, refused to execute the transfer, pointing out that it was the responsibility of the district superintendent of police to maintain the law and order, which he does with coordination of lower police staff and it is his exclusive right to transfer them.

Chief Minister Bhupesh Baghel has admitted that the SP was then transferred for directly writing a letter to a minister.

The Chhattisgarh BJP has now hit out at the state government for transferring Jitendra Shukla. BJP spokesperson Amit Chimnani said, "Earlier chief minister Bhupesh Baghel used to say that the transfers were not carried out as a punishment. But in case of Sukma SP, Baghel had accepted that the police officer has been shunted out for writing a letter to a minister. So they have accepted that they have punished the officer and they will continue to do so."

Meanwhile, the Congress has defended its government. Dhanjay Singh, spokesperson for the ruling party in the state, said "Honorable CM Bhupesh Baghel has given a clear message that the officers will have to work for the public and they will have to listen to the people's representatives."

Mr Shukla was removed on March 7 and DS Maravi was given the charge of Sukma Superintendent of Police. Mr Shukla has now been transferred to the police headquarters in Raipur.