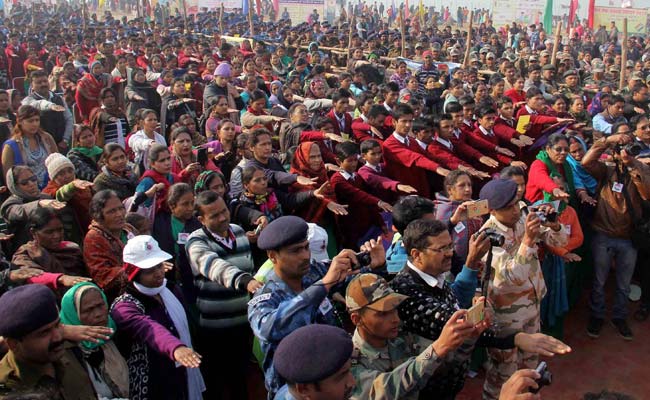 Nearly Rs 200 crore in Uttar Pradesh and over Rs 100 crore in Punjab were confiscated, the report said.

New Delhi: The Uttar Pradesh elections saw a total of over Rs 5,500 crore spent on campaign by various parties, including about Rs 1,000 crore towards 'note for vote', with nearly one-third voters admitting to cash or liquor offer, a survey claimed. According to the CMS pre-post poll study, more than Rs 5,500 crore were spent by major political parties in the just-concluded assembly election in Uttar Pradesh (UP) alone.

The Election Commission of India allows Rs 25 lakh per candidate for campaign expenditure, but it is best known secret that most candidates spend much more than what is officially allowed and what candidates declare after the poll. Campaign activities include a range of conventional and non-conventional activities. Print and electronic material, including wide screen projections, video vans and the like put together itself in this election was put at Rs 600-900 crore. "Every vote cast in UP involved a cost of about Rs 750, which is highest in the country," the survey noted.

In the assembly elections, nearly Rs 200 crore in Uttar Pradesh and over Rs 100 crore in Punjab were confiscated, the report said, adding that what gets to electoral campaign pipeline is 4-5 times more than what gets confiscated by authorities."Going by that trend, in 2017, Rs 1,000 crore were estimated to be distributed among voters," it said.

The survey further noted that around 55 per cent voters sampled in Uttar Pradesh knew personally someone or the other in the neighbourhood who had actually taken money for vote in this or earlier assembly polls.

Promoted
Listen to the latest songs, only on JioSaavn.com
Surprisingly, the study noted that demonetisation has significantly hiked poll expenditure. "In some constituencies where the fight was tight, the cash involved ranged between Rs 500 and Rs 2,000 depending on the number of voters and influencing the role of a voter," it said.

Two-thirds of voters found that candidates spent a lot more than ever before. Some of the campaign methods adopted in the Uttar Pradesh assembly elections include door-to-door, rallies, yatras, social media, advertising through television, newspapers and multi-screen projections, motor cycle rallies, langar and celebrity shows.