The Kanker collector assured that the water and electricity facilities will soon reach every house of both villages. 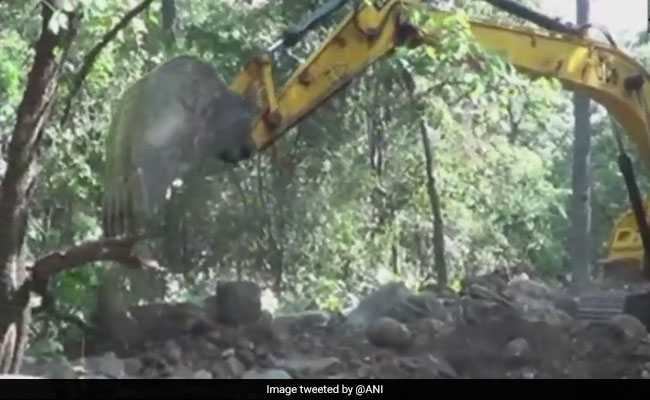 The road is being constructed on a rocky and steep terrain in a dense forest.

To bring development in every corner of Chhattisgarh, the Kanker district Police are building roads in the Naxal-affected regions with the support of villagers in Jivlamari and Marapi.

The road is being constructed on a rocky and steep terrain in a dense forest. Since the region is affected by Naxals, commandos have also been deployed at the place for the security of the villagers.

SP Kanker, Kanhaiya Lal said, "Both villages were disconnected from various types of facilities like market, other villages due to unavailability of road connection. Hence, we decided to construct a road and we also got an immense support from the villagers."

He said that security has also been deployed to avoid any unwelcome situation.

"We also organised a camp to thank villagers who come out in our support," he added.

Janpad member Rajesh Bhaskar said, "This has been a demand of villagers for a long time. We held a meeting with villagers and they said they want to cooperate."

With the development, the villagers can now easily travel to the weekly markets to buy household products while children of small, primary and secondary levels can also come easily from the hilly villages.

The Kanker collector assured that the water and electricity facilities will soon reach every house of both villages.

Under the guidance of Bastar's Inspector General of Police Vivekananda Sinha, these two villages were adopted by Kanker's Superintendent of Police (SP) Kanhaiyalal Dhruv.