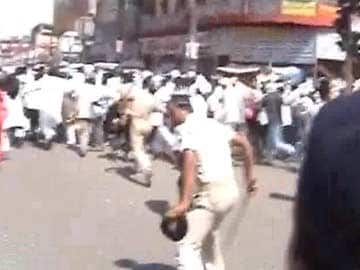 Patna: Violent scenes broke out in Patna today as a group of contractual government teachers demanding regularisation of jobs were lathicharged by the police in the state capital.

During the clash, police personnel could be seen using batons and sticks to disperse the protesters who were attempting to march toward the secretariat and the assembly building.

The teachers, who are on contract with the Bihar government, have been demanding for several years that their wages be raised and their jobs be made permanent by the state government.

Approximately 66,000 teachers are currently on contract with the state government and are posted at various primary and secondary schools across the state.

Promoted
Listen to the latest songs, only on JioSaavn.com
Similar protests have often broken out in recent years, with teachers even threatening to boycott work unless their demands were met.