Pradyot Manikya Deb Burman has been accused of fuelling communal tension for his campaign against the Citizenship Amendment Act (CAA) in Tripura. 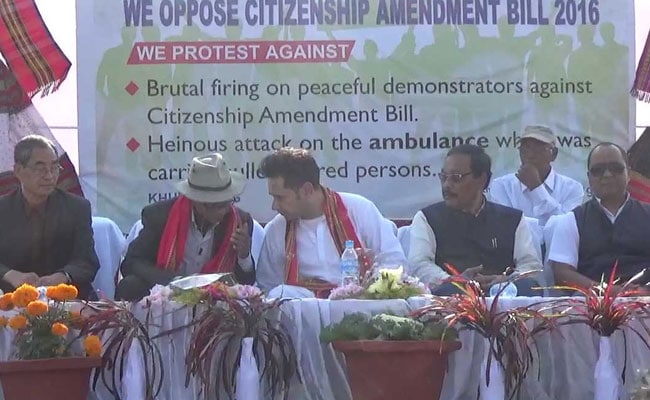 A day after the royal scion of Tripura and the leader of the anti-Citizenship Amendment Act (CAA) protests in the state Pradyot Manikya Deb Burman launched a massive bike rally in the state against the controversial law, a pro-CAA group has lodged a police complaint against the former Tripura Congress president.

Nagarik Surakhsha Manch, an organisation that claims to be working for the interest of the Bengali community in Tripura, has lodged a police complaint at the Kanchanpur Police station in North Tripura district against Pradyot Manikya. Police sources, however, added that they will register a formal FIR only after an initial investigation.

The organisation had come into existence following a series of clashes on December 9 and 10 last year, in Kanchanpur area of North Tripura. They are against the permanent settlement of the Bru refugees from Mizoram in Tripura through a new accord, sources added.

In the complaint lodged against Pradyot Manikya, who had left the Congress over the National Register of Citizens or NRC, he has been accused of fuelling communal tension.

Under the banner of newly formed The Indigenous Progressive Regional Alliance (TIPRA), Pradyot Manikya had flagged off a motorcycle rally against CAA on Saturday. The idea of the rally is to create awareness in the rural tribal-dominated areas to spread the message how CAA affects Tripura, TIPRA sources added.

The CAA, which came into effect earlier this year, promises citizenship to non-Muslim refugees from Bangladesh, Pakistan and Afghanistan who came into India before 2015.

While it has faced protests across India for being discriminatory against Muslims and violating the principles of India's secular constitution, it has triggered concerns in the northeast over legalising the large population of Bangladesh settlers who have come into India since Independence.

Most of the north-eastern states have rejected the CAA and some are protected by special constitutional powers that prevent it from being applied there.

However, the law will apply to nearly two-thirds of Tripura which is outside the sixth schedule of the constitution which allows the autonomous district councils in Assam, Meghalaya, Tripura and Mizoram to safeguard the rights of tribal population.