Nirav Modi, the celebrity jeweller left the country on January 1, a fortnight before the government-run Punjab National Bank stumbled upon cases where its officials had given Nirav Modi's firms credit without proper guarantees. 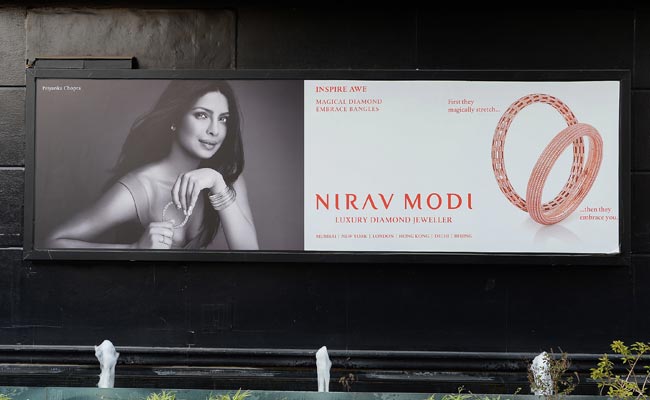 Mumbai: Priyanka Chopra, roped in last year as ambassador for Nirav Modi's jewellery designer brand, hasn't sued the billionaire but is getting legal opinion to cancel her deal, the actor's spokesperson said after the 48-year-old emerged as the target of a massive probe into an 11,000 crores scandal.

"There are speculative reports that Priyanka Chopra has sued Nirav Modi. This is not true. However, she is currently seeking legal opinion with respect to terminating her contract with the brand in light of allegations of financial fraud against Nirav Modi," her spokesperson said in a brief statement.

Ms Chopra, who scored Hollywood success with her hit series Quantico, has been associated with the luxury diamond jewellery brand as its brand ambassador since January 2017.

"Priyanka embodies all the symbols of modern India while paving her own path, which also represents the ethos of our brand," the firm that has boutiques across three continents to sell its jewellery for prices varying between 5 lakhs to 50 crores had announced.

The banking scandal, however, has led Ms Chopra to consider snapping ties with the brand.

Nirav Modi, the celebrity jeweller left the country on January 1, a fortnight before the government-run Punjab National Bank stumbled upon cases where its officials had given Nirav Modi's firms credit without proper guarantees.

As a scandal appeared to blow up in the government's face, the Enforcement Directorate swiftly raided 17 locations across the country to seize diamonds, jewellery and gold worth Rs 5,100 crore that could be used to recoup money that the banks could lose.