"No Yes Bank. Modi and his ideas have destroyed India's economy," the former Congress chief said in a tweet. 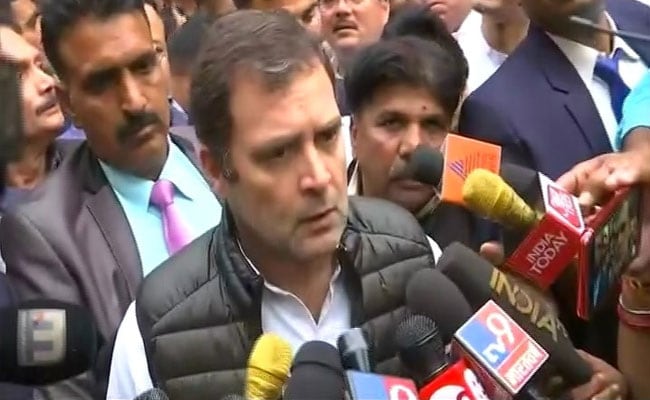 Yes Bank was placed under a moratorium on Thursday. (Representational)

"No Yes Bank," Congress leader Rahul Gandhi said on Friday, taking a dig at the BJP-led government over the moratorium placed on Yes Bank, and alleged that Prime Minister Narendra Modi and his "ideas" had destroyed the country's economy.

"No Yes Bank. Modi and his ideas have destroyed India''s economy," the former Congress chief said in a tweet.

Yes Bank was placed under a moratorium on Thursday, with the Reserve Bank of India (RBI) capping deposit withdrawals at the bank at Rs 50,000 per account for a month and superseding its board.

The bank will not be able to grant or renew any loan or advance, make any investment, incur any liability or agree to disburse any payment during the period.

For the next month, Yes Bank will be led by RBI-appointed administrator Prashant Kumar, a former chief financial officer of the State Bank of India (SBI).

"BJP has been in power for six years. Their ability to govern and regulate financial institutions stands exposed. First, it was PMC Bank. Now it is Yes Bank. Is the government concerned at all? Can it shirk its responsibility? Is there a third bank in the line?," the former finance minister said in a tweet.

"When overall bank credit during the above period grew by about 10 per cent, how did Yes Bank's loan book grow by about 35 per cent?," Mr Chidambaram asked.

The Congress party also tweeted from its Twitter handle, saying the customers of Yes Bank were going to face tough times ahead due to the withdrawal limits.

"BJP has successfully managed to sink the economy without any remorse, regret or even a plan to put it back on track," it said.