According to flight-tracking website Flightradar24, PM Modi's plane -- Boeing 777-337 (ER) -- took off from Delhi at a little past 11.40 am and the route shows it flying over Pakistan and Iran, among other countries. 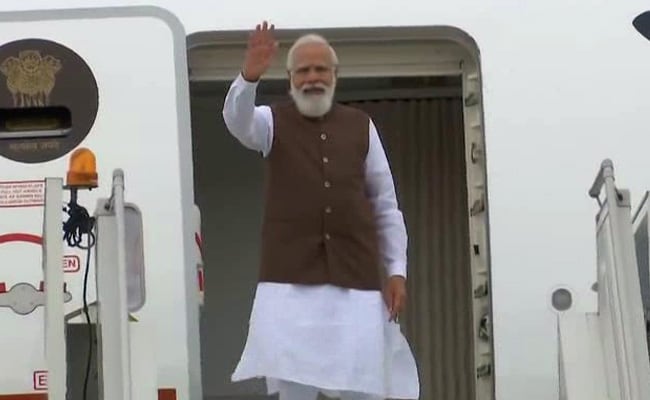 PM Modi boarded the plane for the US on Wednesday morning. (File)

Prime Minister Narendra Modi's plane en route to the United States flew over the Pakistan airspace on Wednesday after the neighbouring country gave permission for the aircraft, according to sources.

There was no official confirmation from the government on whether the prime minister's aircraft flew over the Pakistan airspace, but sources confirmed that the route included Pakistan airspace.

According to flight-tracking website Flightradar24, the plane -- Boeing 777-337 (ER) -- took off from the national capital at a little past 11.40 am and the route shows it flying over Pakistan and Iran, among other countries.

PM Modi emplaned for the US on Wednesday morning. His office tweeted a picture of him just before boarding the plane for the US where he will take part in a wide range of programmes.

In a statement just before leaving for the US, PM Modi said he will conclude his visit with an address at the United Nations General Assembly focusing on the pressing global challenges, including the COVID-19 pandemic, the need to combat terrorism, climate change and other important issues.