Comments made by PM Narendra Modi about Congress leader BK Hariprasad, playing on his initials, were expunged from the Rajya Sabha records. 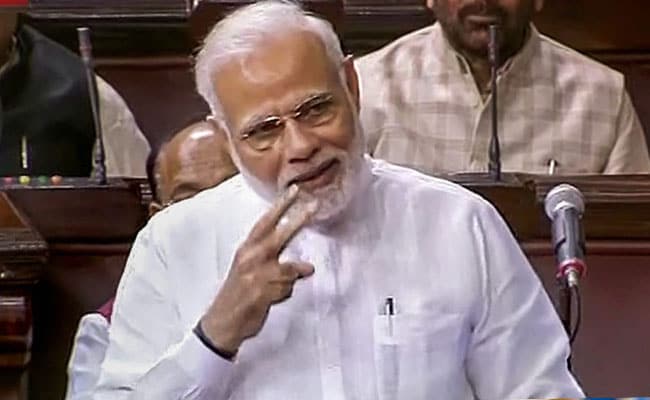 PM Narendra Modi's comments on BK Hariprasad in Parliament on Thursday were expunged.

A day after a portion of Prime Minister Narendra Modi's speech in parliament with reference to a Congress parliamentarian was deleted from the records, the party served him strong rejoinders from multiple fronts. While BK Hariprasad, who was on the receiving end of the PM's swipe, leveraged a similar wordplay tactic, others urged the 67-year-old leader to choose his words more wisely on Saturday.

"PM refers to Prime Minister of this great nation. PM also refers to a Panchayat Member, from where political activists begin their Political Career. Even a Panchayat Member would be ashamed of the language PM Modi used against me personally!" Mr Hariprasad, the opposition candidate in the closely-fought election for Rajya Sabha Deputy Chairman that he lost, posted on Twitter.

Retweeting Mr Hariprasad, Karnataka Deputy Chief Minister and Congress leader G Parameshwara, said the PM's words were "not just an insult to him but to the people of Karnataka" who Mr Hariprasad represented.

The words used by PM Modi against my colleague BK Hariprasad is not just an insult to him but to the people of Karnataka whom he represents in the Rajya Sabha. It may have been expunged from the Parliament records but not from our minds. PM must choose his words wisely. https://t.co/IJyWHKb8Zp

Rajya Sabha Chairman M Venkaiah Naidu on Friday had expunged the remarks made by PM Modi a day ago, in an extremely rare and embarrassing incident for the government.

The remarks were made by PM Modi while felicitating newly-elected Rajya Sabha Deputy Chairman Harivansh in the House on Thursday.

Mr Naidu expunged the remarks after some members raised objections and demanded that they be expunged or deleted.

Comments expunged from the records cannot be reproduced or reported anywhere.

The deleted portion, comprising three Hindi words that played on Mr Hariprasad's initials, the opposition's candidate for the election, were seen as derogatory and infuriated the Congress.