Many say the informal talks between PM Narendra Modi and President Xi Jinping at Mamallapuram will be the perfect setting to revive centuries-old ties and to build new bridges of friendship to amicably address trade and border issues.

Mamallapuram, where PM Modi and Xi Jinping will meet, has ancient trade links with China.

The two-day informal summit between Prime Minister Narendra Modi and Chinese President Xi Jinping at Mamallapuram, 56 km from Chennai, would also be a symbolic walk into an ancient era of trade ties between the heritage coastal town and China around 1,600 years ago. This is the second informal meet between the two leaders since the Wuhan summit last year.

Mamallapuram, or Mahabalipuram as it was known earlier, has ancient trade links between the Pallava kings and China. The heritage town, which was a vibrant port city in the seventh century, had served as a gateway for imports and exports to China and South Asia. It was also part of China's Silk Route.

Kancheepuram, the former capital of the Pallava dynasty and now a town best known for its silk, is believed to have had its beginning with the silk yarn originally from China. The famous Chinese monk Hieun Tsang too had visited Kancheepuram around 640 AD during the reign of king Narasimhavarman, who was fondly called Mammalan in Tamil or a great wrestler.

The town Mamallapuram, thus, derives its name from its king. 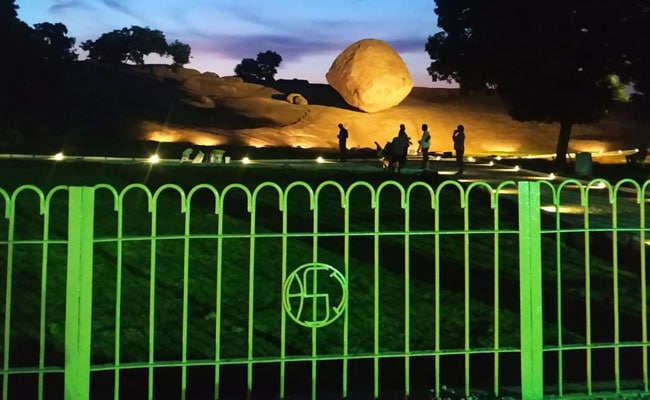 PM Modi and Xi Jinping will take a guided tour of the the monuments in Mamallapuram.

"The relationship between India and China, particularly Tamil Nadu is significant. The Pallavas had sent their envoy to China around the seventh century AD. The Chinese traveler Hieun Tsang visited Kancheepuram through sea. He landed at Mamallapuram to witness Buddhist monasteries. Once this area was a flourishing centre for Buddhism," S Rajavelu, professor of archeology at Alagappa University told NDTV.

Before their informal talks, PM Modi and Xi Jinping will take a guided tour of the spectacular Shore Temple, Arjuna's Penance (landmark attraction featuring an ancient sculpture carved into boulders with intricate detail) and the Pancha Rathas (Five Chariots monument complex). The group of monuments carved out of the rock reflect the rich Pallava art and architecture.

Many say the informal talks between PM Modi and President Xi will be the perfect setting to revive centuries-old ties and to build new bridges of friendship to amicably address trade and border issues. 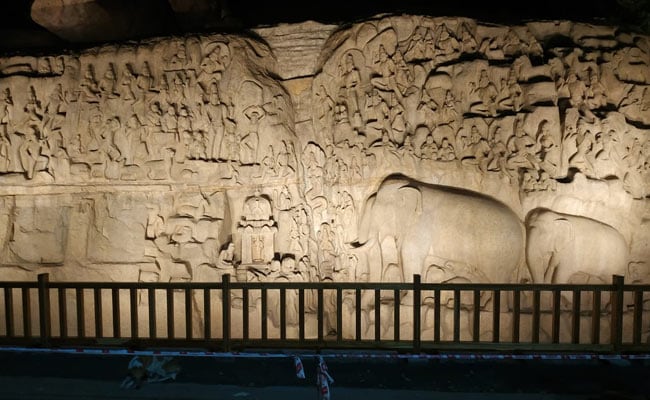 The monument called Arjuna's Penance in Mamallapuram is a landmark attraction featuring an ancient sculpture carved into boulders with intricate detail.

After landing in Chennai this afternoon, PM Modi will avoid road travel and instead take a chopper to Mamallapuram. Xi Jinping, however, will drive along the scenic East Coast Road and would return to
Chennai for the night while PM Modi will stay at Mamallapuram tonight. Tomorrow, the two leaders will meet again before the summit ends in the afternoon.

Around 6,000 police personnel will be on duty for the Chennai Informal Summit.

Hundreds of surveillance cameras have been installed, with almost one every 100 metres. All monuments have been shut for the public since the last few days. Journalists too have no access to the heritage town. Officials have reportedly taken over all hotels in Mamallapuram. The closest they would get is the media centre, around 15 km from the venue of the meeting.

Massive traffic diversions have been made in Chennai.

Ten Tibet nationals including writer Tenzin Tsundue have been arrested for allegedly planning to protest against the Chinese President, drawing flak from civil society groups.

The Chennai airport, East Coast Road (ECR) and Mamallapuram have seen enormous clean-up, beautification and painting including new roads and colourful lighting of the monuments.

"These infrastructure, development and beautification will boost domestic tourism in Mamallapuram in a big way. I am sure we would be able to see a surge in tourist inflow in the big season in December. We expect lot of people from north India to make Mamallapuram a part of their tourism circuit," said Krishnaraj, Managing Director of Mamalla Beach Resort.

A cultural programme close to the Shore Temple by Chennai's Kalakshetra Foundation will entertain guests at the high-profile summit.

Chief Minister E Palaniswami and Leader of Opposition MK Stalin have called the meeting a matter of pride for Tamil Nadu. Last week, the Madras High Court gave permission to the state government to put up banners to welcome PM Modi and Xi Jinping.