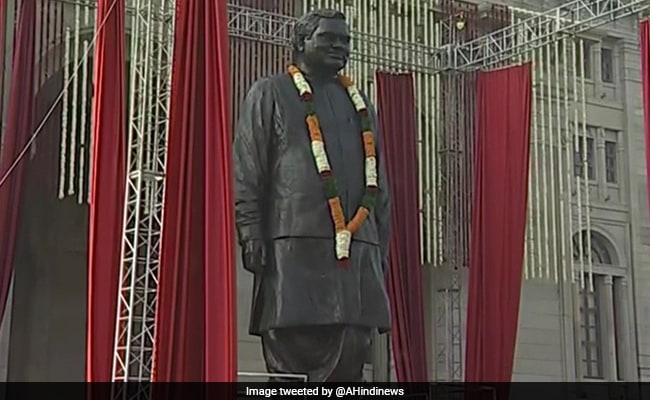 Prime Minister Narendra Modi today unveiled a statue of former prime minister Atal Bihari Vajpayee at Lok Bhawan in Lucknow. He also laid the foundation stone for the Atal Bihari Vajpayee Medical University in the city. The government led by Chief Minister Yogi Adityanath has given 50 acres to set up the institute.

PM Modi also tweeted a montage in memory of the former prime minister. In the montage, PM Modi said the three-time PM's "silence held more power than his words". "Many good things can be said about the life of Atal ji... He knew when to speak and when to stay silent. That's amazing power," PM Modi said in the minute-long montage on Mr Vajpayee that he tweeted this morning.

Mr Vajpayee was known for his oratory skills, which was on display when he defended the nuclear tests in Pokhran in 1998. "It is surprising that people are criticising the nuclear tests. When in 1974 then prime minister Indira Gandhi had carried out the tests, we welcomed it even while we were in the opposition. Was there any threat to the nation at the time," he said in parliament.

Born on December 25, 1924, he went on to join the Rashtriya Swayamsevak Sangh, the BJP's ideological mentor, in 1939.