The prime minister will also visit a museum where belongings of Sir Chhotu Ram are kept and see a documentary on his life. 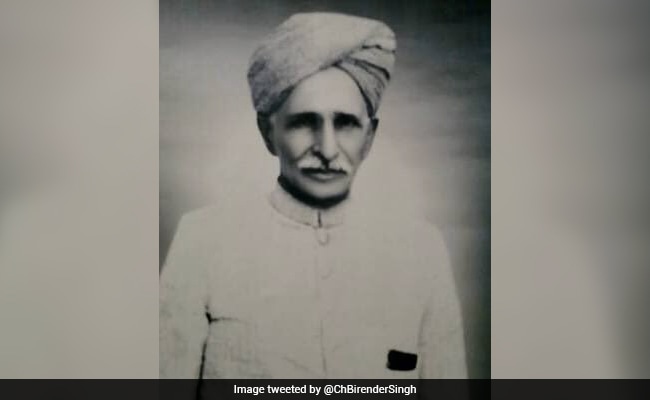 The prime minister will also visit a museum where belongings of Sir Chhotu Ram are kept and see a documentary on his life, Mr Singh told reporters.

After the event, PM Modi will address a public rally, the minister informed and indicated that the prime minister may also make some major announcements.

Replying to a question that whether PM Modi is expected to make any major announcements at the rally, in which farmers from adjoining states are also taking part, Mr Singh said, "He (PM) may do so."

Mr Singh, who is grandson of Sir Chhotu Ram, further said the statute has been designed by renowned sculptor Ram V Suthar and his son Anil Suthar.

"He (Sir Chhotu Ram) was farmers' voice during the undivided India. Farmers across the country and even in Pakistan remember him because of the courage he showed to protect the rights of the farmers under the British Raj. He helped farmers in getting back their land from money lenders. He is remembered as a hero by the farmers," Mr Singh said.

On today's farmer protest, Mr Singh said it is the present government that has taken farmer-friendly initiatives like doubling their income, increasing MSP, etc. Those who are not aware of government efforts will keep on criticising, the minister said.

The function will also be attended by Governors of Haryana, Himachal Pradesh, Jammu and Kashmir and Rajasthan Chief Minister Vasundhara Raje, he added.